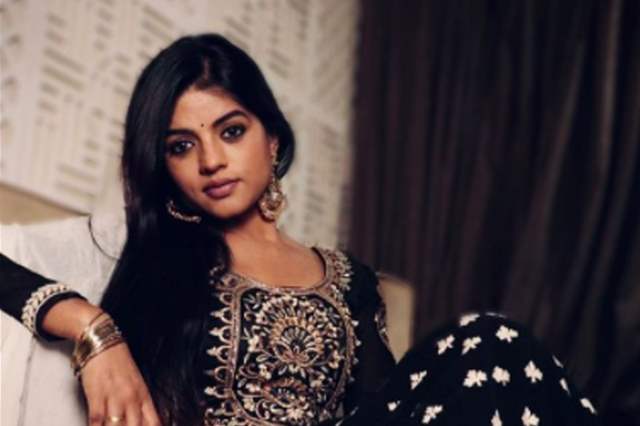 One of the best things for fans turn out to be when they come to know about an unknown facet about their favorite actor in one way or another. Time and again, we have seen how actors either explore or reveal their hidden talents which is indeed a treat for their fans especially.

One of them is actor Mitali Nag, who we came to know is a singer too. The actor, currently seen in Ghum Hai Kisi Ke Pyaar Meiin went on to re-create actor Juhi Chawla's popular song, Sama Yeh Suhana with her voice.

Talking about it to Bombay Times, she said, "Sama Yeh Suhana is a beautiful romantic track originally composed by Biddu sir which featured Juhi Chawla. I always felt that it was an underrated song. When we decided to go for this song to cover, Rahul (Saxena) made the intro of the track it sounded pretty sensual. I loved the new sound so we decided to go ahead with the same feel."

She added, "The audio of the track was recorded in February as we had planned to release the song by March. However, I got busy with my acting projects and then the lockdown happened. Luckily we could shoot the solo studio part of the video just a day before the lockdown started. The director Milind Srivastava, filmed that part beautifully and made sure that the frame complimented my voice. My look was designed by Kim Pereira who is based in Goa."

Talking about the video, she concluded saying, "With regards to the video, I had to do something that would suit the mood of the song and make the audience want to watch it. Kizomba is a form of sensual couple dancing which I thought would suit perfectly. My friend Tony Baker choreographed it and we used all the elements like sunset, silhouette etc. Which would help the viewers relate to the romance in the song. We had to shoot it on a beach so we had to wait till the lockdown was lifted and the beaches in Mumbai were open to visit."

+ 2
4 months ago Mitali looks gorgeous flawless skin and I didn't know she was a singer either.