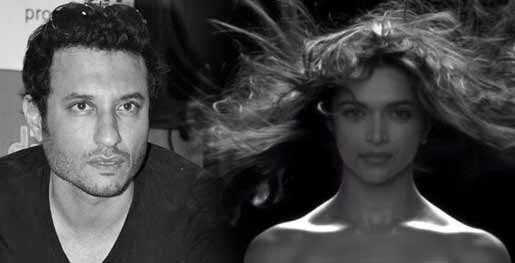 Amid the mixed reactions garnered by actress Deepika Padukone's "My Choice" video on social media, its director Homi Adajania says misinterpretation of the two-and-a-half minute clip is what made it "explosively viral" online.

The video, which is part of Vogue's women empowerment campaign, features Deepika talking about the freedom of choice that women must have regarding multiple issues, including having the choice to indulge in sex before marriage or out of marriage or not having sex at all.

He wrote: "I've just returned from a diving assignment in the South Andamans and had no network till now and hence the online silence. Owing to such a overwhelming mix of reactions, I want to restate that our film #MyChoice is a reminder that all women's choices, however unconventional anyone can imagine, are their own.

"The intention of the film does not in any way advocate or promote the actions in the words and we all have to make choices in life after considering the consequences. It's a two-and-a-half minute clip that obviously can't cover such a complex issue and is simply a form of expression to underline the fact that a woman's choice, in no uncertain terms, belongs to her and no one else. (sic)"

Clarifying what the video was trying to convey, the filmmaker added: "For those who got this and still didn't agree with the film that is their choice and I totally respect that. For those who felt the message was unclear and are upset in anyway, I promise that was never my intention.

"For those who think it is sexist or male-bashing, it is talking to a man with a caged-mind and NOT to liberated people out there who treat women with respect and equality. And for those who got it and supported it... Thank you from the bottom of my heart."

Adajania is willing to "take the hit" again if that is what will get people to talk about gender equality.

"Ironically, the misunderstanding is what made #MyChoice go explosively viral and if that's what it takes to get people discussing gender equality then I am willing to take the hit and be misunderstood. More power to women and let's hope that a healthy discussion on gender equality continues," he concluded.

Published on March 28 on YouTube, the video has been viewed over eight million times.