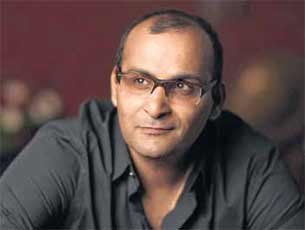 Bohra Bros is credited with around 140 films, including national award-winning projects like "Chittagong" and "Shahid". Now Sunil Bohra, whose latest offering is "Mastram", is on a mission to touch the four-figure mark, keeping the brand's philosophy of making films with honesty, intact.

"Starting from my grandfather late Ram Bohra to my father Surendra Bohra and finally trickling down to me, we have made about 140 films so far. I propose to touch the four figure mark. That's my mission statement for now," Sunil told IANS in his first full-fledged interview in 17 years.

The banner takes pride in being active in regional cinema too with 52 Gujarati films, two Rajasthani films, one Punjabi and Marathi film each to its credit.

"We have taken the first step in this direction, our film 'Trishna' featuring Frieda Pinto is a Micheal Winterbottom film. Its trailer will be attached with 'Mastram'.

Sunil says the strategy of backing small but high-on-content films was decided for Bohra Bros by destiny.

"Right from the inception of Bohra Bros, for some strange reason, the so-called big stars did not take us seriously and after some time we too stopped taking them seriously.

"Thus my grandfather, late Ram Bohra made films that didn't feature superstars, but these films hit the theatres on the same Friday with films boasting of big stars and the junta (audience) appreciated them," he said.

"Mastram" is due to release May 9.

There's drama, thrill and erotica uninhibited in its trailer. Sunil agrees footfalls for the movie in tier-II and tier-III cities will be more but he is confident the entertainer will appeal to the multiplex audience too.

"In my humble opinion, 'Mastram' will appeal to all those who like good cinema," Sunil said.

"Though footfalls will be higher in tier-II and tier-III cities. I would like to draw your attention to the fact that 'Mastram' was screened at the Mumbai Film Festival (organised by Mumbai Academy of Moving Image). Both the shows were houseful and people were asking for more.

"Going by this, I assume that multiplex audience will also lap the film," he added.

The saucy trailer, which has over 170,000 hits on YouTube, discourages "haters, hypocrites and under 16" from watching the Akhilesh Jaiswal-directed film as it is not "advised, recommended and permitted" for them.

Nevertheless, distributors from different territories have predicted the fictional biographical account will start a new chapter in the filmmaking business.

Talking about how the "life blood of internet, booster of the sexually frustrated and the secret folder of your computer" came alive in the form of a feature film, Sunil said: "I was aware of Mastram, but honestly did not think about making a film (on the subject). Director Akhilesh Jaiswal shared the idea with me and I jumped at the proposal.

"Even today people don't know much Mastram, mainly the internet generation, so when Akhilesh broached the subject, I too got kicked to know more about the phenomenon called Mastram and the ball started rolling."

The movie is sans any big names - it features Rahul Bagga in the title role and newcomer Tasha Berry who plays his wife.

Apart from "Mastram", in 2014 the banner has an interesting line up - "Jia o Jia", featuring Richa Chadha and Kalki Koechlin, "Ganglords of 1985" featuring Vivaan Shah and Monica Dogra along with an ensemble cast of 85 talented actors, "Akki Teh Vikki Teh Nikki", directorial debut of actor Vipin Sharma of "Taare Zameen Par" fame.