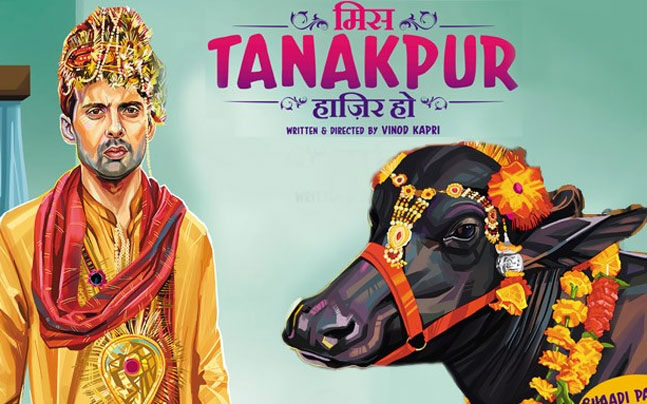 With actors such as Om Puri, Sanjay Mishra, Annu Kapoor and Ravi Kishan, director Vinod Kapri, who is making his feature film debut with "Miss Tanakpur Haazir Ho", says he found his "dream cast" for the movie.

The film, which also stars Rahul Bagga and Hrishita Bhatt, narrates the story of a man who is falsely accused by a village strongman of raping a buffalo named 'Miss Tanakpur'. The powerful man of the village also gets the Khap panchayat to pass a verdict that he has to marry the victim.

On a visit to the IANS office with the cast to promote the film, the director shared that he finalised the cast while writing the script itself.

"It is dream star cast to work with and this is fact. I finalised each and every actor while writing the script. For instance, I knew that I wanted to talk with Annu-ji and Ravi for the roles they are playing in the movie. I forced my friend to call them to enquire about their dates.

"Also, I contacted Sanjay-ji's brother to ask him to be a part of this film. He was in my mind from the time I started writing the script," he added.

"Miss Tanakpur Haazir Ho" is set to release on Friday.