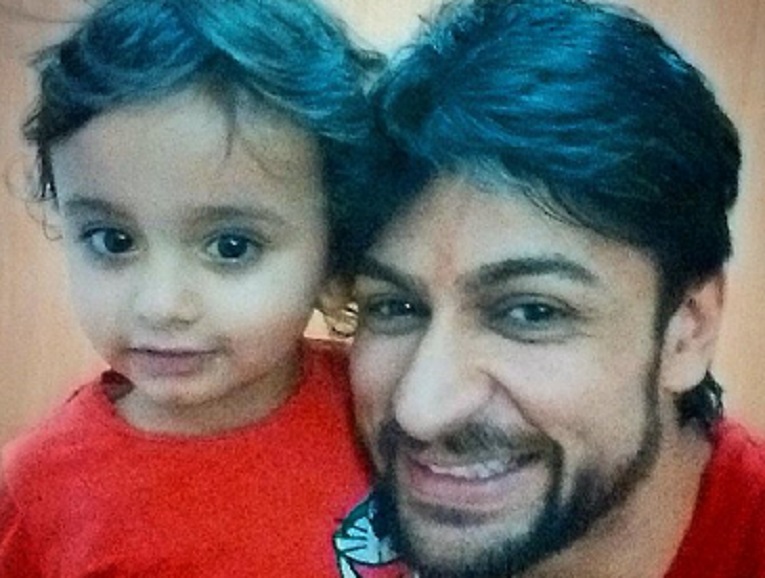 Actor Shaleen Bhanot is missing his son Shaarav a lot ever since he split from his wife and actress Dalljeet Kaur.

The couple, who got married in 2009 and separated in 2015, filed for divorce by mutual consent last week.

"Any father would miss his child. I miss him (Shaarav) a lot. I wish he could have been with me. I am surviving. I have a habit of making a video diary, so whenever I feel like talking to him, I make that video diary and save it for him," Shaleen said about his two-year-old son, in a statement.

On the career front, Shaleen, who has previously appeared in shows like "MTV Roadies", "Saat Phere" and "Nach Baliye 4", is currently playing the role of Duryodhan in "Suryaputra Karn".

He says he won't be taking on any negative role after this one anytime soon.

"I am glad my role in 'Suryaputra Karn' is gaining good reviews and am happy to be a part of it, but I won't be doing negative roles," he said.

"I focus more on acting and I make sure I act better in all the roles. I don't think I would be doing any negative roles anytime soon as I have to act as an angry man while playing Duryodhan. I would rather do positive roles," he added.

"People Like You Should Commit Suicide"; Buneet Kapoor Shares Bad ...

Puneett Chouksey tries his hands at baking with Dalljiet Kaur during ...

MrDarcyfan 4 years ago I loved Daljeet as Anjali in IPKKND and even liked him in what little I saw of him in Sajda Tere Pyaar main, which I watched a bit of. But after the way Daljeet was so cut up when they split I lost all respect for him. He abused her and allegedly cheated as well. Maybe he should have thought of his son before acting that way? Now to say he misses him is too little too late. If this article was to gain sympathy, sorry to say you failed!

sammi5 4 years ago He should have thought about how his son would feel knowing he abused his mom.

BreezyBoo 4 years ago I wonder how such actors face public and media when THEIR Wives/Girlfriend accuse them of physical abuse, harassment etc. Don't they feel shameful? I know it's quite a rude comment.

vib. 4 years ago He does an absolutely wonderful role as Duryodhan!
Real Perfection :)

Re-entry of This character in Mere Sai!
10 minutes ago

Rubina Dilaik On Participating in Nach Baliye 10 With ...
17 minutes ago