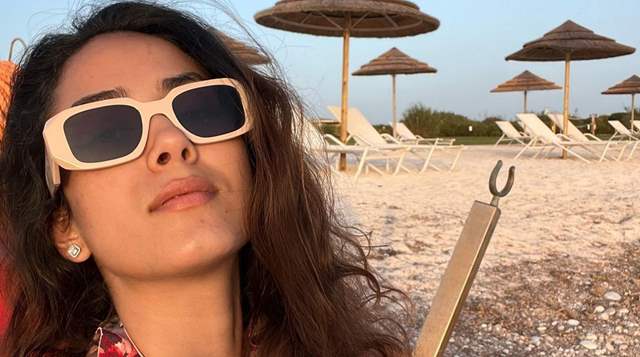 While few B-town celebs are having their leisure time in London, Bollywood actor Shahid Kapoor and wife Mira Rajput are currently vacationing in Switzerland and having the time of their life.

The star couple has been accompanied by their kids Misha and Zain. Both Shahid and Mira's vacation photos have kept the audience interested in their social media. Well, Mira has stolen the limelight yet again as she shared another stunning photo from her vacation, this time with Misha and Zain.

Mira, Misha, and Zain were seen in the photo having a fun time on a boat as the enjoy a picturesque view. Shahid's wife Mira looked stunning in a black sweatshirt paired with denim and a mustard sling bag. Misha, on the other hand, was twinning with her mother in a black top and a golden skirt.

Meanwhile, Zain was seen wearing a neon orange hooded sweatshirt sweatshirt. Shahid Kapoor is missing from the frame so it appears to us that the actor must have taken the photo. 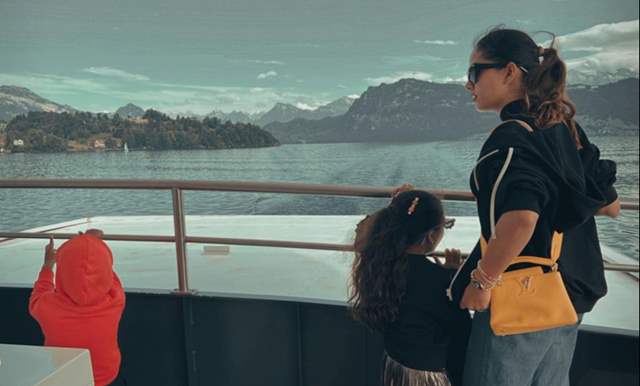 Well the trio looks adorable in the picture and it wouldn't be wrong to say that Shahid-Mira are dishing out major vacation goals.

+ 8
5 months ago why are you guys writing about her ? i thought she wanted nothing to do with the industry.

+ 15
5 months ago Their kids are cute, look clearly like their parents

+ 18
5 months ago Shahid and Mira’s kids are so adorable!