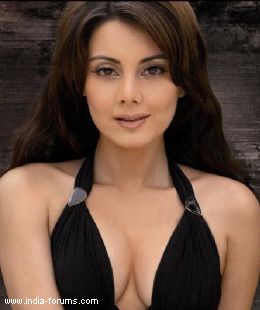 Mumbai, Aug 29 A Bollywood actress has been held captive by Hurricane Irene which struck the US East Coast Sunday. Minissha Lamba, who is in New York for an India-US cultural event, is stuck on the 22nd floor of a hotel and is likely to remain there till the hurricane blows over and air services are restored.

Speaking on Sunday morning from Radisson Hotel in New York, the actress said: 'It's really scary out here. For 36 hours, the entire New York will have to stay indoors. A state of emergency has been declared.'

'Everyone is in their homes. As I look out of my hotel window, I see a deserted street down below. Can you imagine New York without traffic? It's like a scene out of Armageddon.'

'I am all alone here. My stay has been extended for a week. I had no choice. The airports are shut. All flights are cancelled. Half of New York, New Jersey, Staten Island have been evacuated. I can't return,' she said.

Curiously, just before she was to leave for New York, Minissha had been getting phone calls asking her to cancel her trip.

'Now I wonder if the caller had a premonition and was trying to warn me from travelling into catastrophe. I hope I can return the soonest possible. Maybe I should just enjoy Irene's company. She's my first hurricane. I believe first hurricanes are like first love. You never forget it.'

F.I.R actress Mahika Sharma who was stranded in London due to COVID 19 ...

Bigg Boss 14: Abhinav Shukla and Rubina Dilaik to be a part ...
4 minutes ago