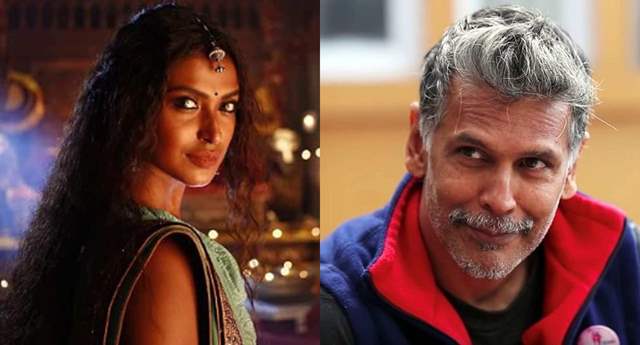 Poulomi Das plays the role of Desi Kala in ALTBalaji and ZEE5's magnum opus, Paurashpur. Featuring an ensemble cast, the show has been set at a grander scale. While Kala plays a fierce and brave Dasi, she had a fan moment with none other than Milind Soman, who plays Boris in the show. That shows when it comes to being Milind Soman's fan, she is as relatable as anyone else.

On working with Milind Soman in a show for the first time, she shared,

In 2016, I was doing this show on MTV where Milind was there as a judge. We all went backstage to see him, and the moment he walked in, all of us started screaming, and our producer asked us to not shout! And I even fainted after that, I fainted.

Poulomi and Shilpa Shinde, both have an essential part to play in the corrupt kingdom. It all comes down to the battle of sexes, and with every character having an unseen side, it raises the stakes just a little bit more. Loyalties need to be proved for all the two-faced characters that are there.

The teaser and character intro videos created quite an intrigue in the audience. Since the release, fans have been giving raving reviews to the show and showering their love across social media.

Witness the epic story of an extraordinary kingdom with stories both bold & brutal, as the sexes battle it out amidst royal betrayals, double standards, gender politics & a decision that questions the social fabric of an entire kingdom. 'Paurashpur' is streaming now on ALTBalaji & ZEE5! Watch now if you haven't already.

1 months ago Was he running on the beach when she first saw him?