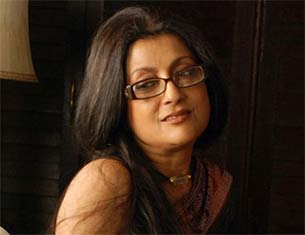 Acclaimed actress-filmmaker Aparna Sen depicted a subject as sensitive as the changing role of women in the Indian society in her last directorial "Goynar Baksho" in a very light-hearted manner, but says she never makes movies with an intention to convey a message.

"There are messages (in my film), but they are not heavy handed. I wanted to make a film light. I don't like films with a 'message'," Sen told IANS.

"Who am I to give a message," asked the filmmaker, who admits gender issues are "dear to me".

"It is not because I am a woman. It is because it is part of the human issue. 'Goynar Baksho' is my third film, which is very feminist," she said, listing her 1984 film "Paroma" and 2000 film "Paromitar Ek Din" in the category too.