If that sounds strange, then check it out with Kenneth Frost, leading international hair stylist, who is teaching India how to wear its hair in a series of education-and-interactive workshops this month.

'One big trend, both in India and abroad, is that men are opting for feminine haircuts and styles these days. They want to sport the traditional heritage look. The length is getting longer, almost touching the neck and the collar, and the mane is slightly wavy,' Frost told IANS.

He attributes the trend to a desire in men to break away from the monotony of styles.

'Men have sported the same styles for decades. It breeds boredom. So they are trying out something new, the women's cut for a different image,' Frost said.

The stylist has been attached to the Italian hair care giant Alfaparf Milano for the last 16 years and is now in charge of Asian tresses. The jetsetter, who flies all around Asia doing up hair, will be part of a Alfaparf Milano workshop in Delhi Monday to advise on hair care and styles.

His creations include the bob hairdo of talk show host Oprah Winfrey and model Tyra Banks. 'I loved doing their hair,' Frost said, recollecting the experience.

But his favourite celebrity client is Australian actress Melissa George, who starred in television show 'Alias'.

'I did her hair for the show. Being a stylist, I was impressed by her personality. Stylists and celebrities interact behind closed doors and that is when showbiz personalities show their real self,' Frost said.

On the ideal hair styles for Indians, Frost said it should either be medium to long hair for women with ample shine. 'In a climate like India, hair loses shine. One must use a conditioner that has natural ingredients like linseed and sunflower oil that increases the natural gloss in the hair,' he said.

According to Frost, the high atmospheric humidity in Asia tends to make hair frizzy and dry. Such hair is also susceptible to absorbing more pollution, water and external elements of the environment.

'One has to bring that down by using an oil-based conditioner that reduces dryness and straightens the tresses,' Frost said.

What is it that Indian stylists lack? The question elicits a sigh from Frost.

'Education. Indian stylists need to learn more about current trends than just routinely styling hair. They have to adapt western styles to suit eastern personalities and the fashion milieu,' the stylist said.

'As I am based in Asia, I want to see more training and education institutes across the continent. Stylists here have to be up to date with the latest across the globe,' he stressed.

For Frost, Bollywood and India's colourful cultural heritage are the biggest inspiration for styles.

'Bollywood movies can be a big inspiration for hair stylists. A little bit of the rich colours of India can be added to the styles to showcase the essence of the country. But the bottom line for any style should be comfort and good looks,' Frost said.

He advocates a one-on-one interaction between the client and stylist to create the right look. 'The stylist has to know a customer's personal taste in fashion - likes and dislikes - before settling for a style. The stylist must inspire confidence in the customer and not impose his or her choices on the customer,' Frost said.

According to Frost, hairstyles are all about techniques and concept. 'It is like architecture - I often pick up my designs from the colour and shape of buildings to create styles. Building colours often help create the best colour code for the hair. Buildings and hair are more related by colours than by the natural lines,' he said.

Western styles suit Indians only when stylists can reinvent the cuts in the Indian context.

'There has to be balance between the east and west and the right conditioning. For instance, not everybody in India can wear short hair. Only those with oval faces can sport a short mane but it should be shoulder-length. A boy cut for Indians looks good only if the hair is cut well and looks feminine,' Frost said.

The stylist doesn't find much of difference between styles in Hollywood and Bollywood.

'The older generation of celebrities in both the showbiz towns like their hair sleek and shiny, though Bollywood is pretty much balanced on the same. The younger generation on the other hand loves to take risks with hair, bleach them and colour them to get noticed in the media,' Frost explained.

As for complaints of rampant hair loss in India, Frost said it was more genetic and circumstantial.

'Apply a good anti-hair care product and do not tie long air. Bands destroy the hair ends and leads to loss. Make a loose knot at the top of the head,' Frost suggested. 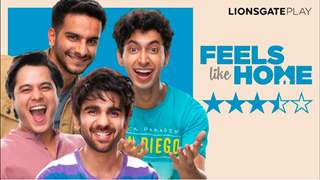 Review: 'Feels Like Home' touches hearts taking us on a deja-vu trip 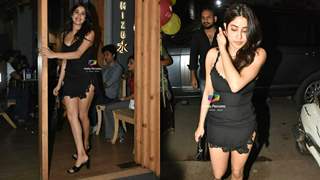 Janhvi Kapoor gets trolled for not taking pictures with female fan at ... 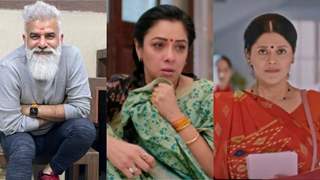 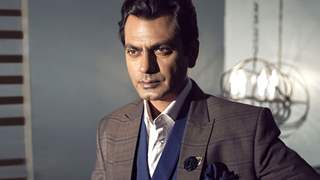 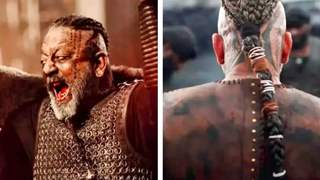