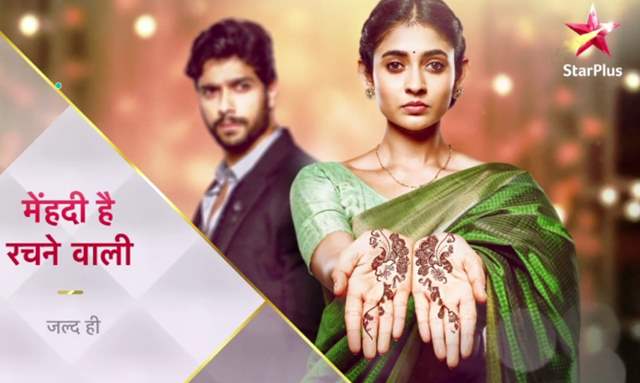 Star Plus has been recently home to an array of new shows, each with a different kind of story and unique in its own sense. And the latest offering from Star Plus is none other than a show titled ‘Mehndi Hai Rachne Waali’. The show will be going on-air in the days to come and the promo came out just today.

Featuring newcomers Shivangi Khedkar and Sai Ketan Rao in lead roles, the show is about a woman who shudders at the thought of marriage while we also see a man make quite the powerful entry, making us wonder how will their lives entwine and what will follow eventually.

Produced by Sandiip Sikcand, he also took to social media to seek blessing as he introduced the show and it seems to be receiving great reviews so far. He wrote, ''JAI MATA DI SANDIIP FILMS and SOL are back with their latest offering MEHNDI HAI RACHNE WAALI. A warm & hearty welcome to the two debutants @khedkarshivangi & @saiketanrao along with a host of talented faces that you will see. Thank you & All the best to US.''

Adaa Khan, Neena Kulkarni, Karanvir Bohra along with many others from the film fraternity also dropped in messages congratulating the team and wishing them good luck. Fans too dropped in comments mentioning all the good things about the show and also congratulate the producer.

MehndiHaiRachne 1 months ago thanks eagerly waiting for it

+ 2
1 months ago You should have mentioned that its a remake of Star Maa show Gorintaku. 😏