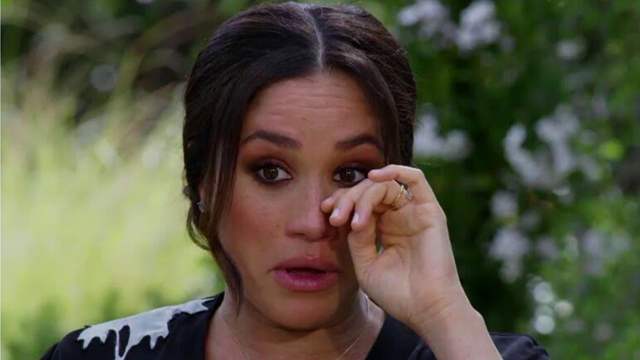 The Duchess of Sussex, Meghan Markle, has made some shocking revelations in her all tell interview with Oprah Winfrey. She opened up about the negative publicity from the British media, wedding with Prince Harry and the Royal Family.

In a shocking revelation, Meghan says that she wanted to suicide during her first pregnancy and that she did not want to live any more. The former Suits actress has a son Charlie with the Prince Harry of Britain.

"I... just didn't want to be alive anymore. And that was a very clear and real and frightening constant thought," Meghan told Winfrey.

She also shared that she had asked officials at Buckingham Palace for medical help but was told it would damage the institution.

“They said, ‘My heart goes out to you because I see how bad it is. But there’s nothing we can do to protect you because you’re not a paid employee.’”

Meghan also recalls the occasion when she attended the event at the Royal Albert hall with husband Harry. “He said don’t go, and I said I can’t be left alone,” she said.

She said that after posing and smiling for the pictures, she would weep when the lights went down at the event and Harry would hold her hand to get her through it.

“I had no idea what to do. I was terrified, I was not prepared for that, I went to a dark place as well,” said Harry.

In the same interview, Meghan also opened up about facing racism and concerns from the Royal family members about how dark the skin of their son Archie would be.

Meghan Markle and Prince Harry reveal gender of second baby: “Its a ...

+ 3
1 months ago It's irritating to see her pulling the racism and victim card time and again! Worse is to see how much Harry has changed. One woman enriched the family and this one broke it down to bits. Too much of drama and these so called celebrities coming out to support are even more!!

1 months ago So tired of hearing about them. Hate the race card she keeps playing and everyone jumping on bandwagon. Maybe if they stop doing stuff wrong, listen to actual good advice and don’t confuse criticism as racism but they seem to live for the drama. Will avoid TV for sometime cause this is all the rubbish we will be subjected to in UK. Bad enough with lockdown.

1 months ago Idk why but this just gives me fake vibes... maybe I am wrong

1 months ago A highly narcissistic woman with serious daddy issues and a high mileage between her legs wanted to be a part of the royal family of UK and when she finally became a member, she couldn't handle the responsibilities so she decided to separate her husband from his family. While that wasn't enough, she started playing the victim card as a means of seeking attention. Seriously how much drama can someone create? Unbelievable! She belongs to the streets.

+ 5
1 months ago Never knew Meghan could act so well!