View Profile
UTV Teletalkies and Imagine's upcoming show Rakth Sambandh has already been highly publicized for its humongous star cast which includes veterans like Mohan Bhandari, Kavita Kapoor and Sayantani Ghosh among the younger generation. Any family tree is incomplete with kids and so Rakth Sambandh has an ensemble cast of child artists too.

Featured Video
According to our source, "The popular faces from Aap Ki Antara, Aarav Vehal and Raj Simaria (who played Billu and Abhishek respectively) have bagged roles in Rakth Sambandh.  Aarav will be playing the role of Yash and Raj will be playing the role of Aryan, both sons of second sister Sakshi (Sayantani Ghosh) and Aditya (Sachin Shroff)."

Raj Simaria's mother Kavita tells us, "Yes, it's a great opportunity to be working with Antara's gang again. Raj plays the role of a very naughty boy."

We spoke to Aarav's mother Vijaya who says, "It's like we're working with family! Both Aarav and Raj get along very well. The kids just have a jolly good time. It feels good to work with UTV too."

Accordin to our source, "Zaynah Vastani who played Antara was also offered a part in Rakth Zambandh. But her mother couldn't give the green signal due to personal reasons."

Muskan mom tells us, "In the initial episodes the story will revolve around the elder sister's family. So Muskaan and Sahil have good opportunities to play their parts."

Rakth Sambandh will tentatively be launched in mid-July on Imagine. 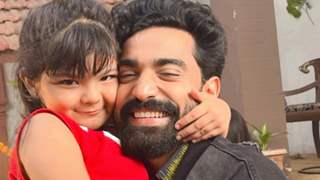 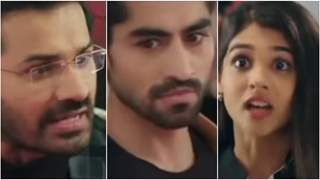 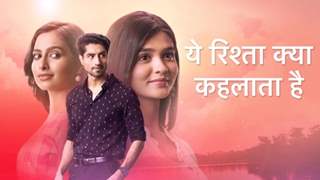 + 4
12 years ago Kavita Kapoor was excellent as Sonia Ria in Pyaar Ka Bandhan. She played a realistic and modern Mum.....Muskan was cute as Kajol/Younger Prateeksha:)

zara_11 she is meethi in SGP

12 years ago all the best bhargavi.i was never expecting her in hindi

12 years ago missing u muskaan as chahat all d best!!

+ 3
12 years ago missing muskaan, i'm sure she will rock the show with her talent!!!