View Profile
Sushant Singh who has won an IIFA award for best negative actor in Jungle is setting fire to the small screen as an idealistic honest reporter. His onscreen romance with Smriti Irani has made the girls fall head over heals for him. Read out to find out more about this actor who speaks his mind with reporter Kirti 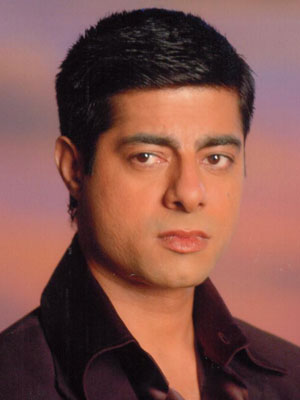 Featured Video
Sushant you have experienced the world of both films and television… with movies like 16 December ,Lakshya , Samay and many others and serials like Dhadkan and now Virrudh? Which medium do you prefer?

Sushant: It’s a difficult question as of now I am on television but rather it would be inappropriate to say against the medium while you are working in it. But personally I do enjoy films more, because you are not stuck with one character for a long time. In television, one has to keep reinventing something so that people's interest is kept alive. That is quite daunting. But, I am a restless person so I cannot concentrate on one thing for a long time. Another thing about television is that it is totally unpredictable. One doesn’t know what is going to happen after 10 or 20 episodes, what twists and turns are going to come, what new relationship will be formed, how your character will be expected to behave after a point. On the other hand, in films everything is set; you know everything, the story, the graph of the character from where you start to where you are going. So in a period of 6 months from preparation to shooting, its over. Now you can move on to something new. May be I more used to that kind of life. Till now, I am not accustomed to the new kind of TV scenario. May after 2-3 months, you may find me saying that I am enjoying TV also very much. You never know!!

We are seeing you on TV after a long time. How did you manage to get the role of Sushant Sharma?

Sushant: I started off with Dhadkan serial which was on doctors and hospital. The serial started off well but then there was pressure from the channel for TRP and at that time, Saas-Bahu serials were getting very popular. So, in Dhadkan also they wanted to have chachas, saas- bahu drama. Female doctors started coming in open hair with lot of lipstick and my character was like that I do something heroic and vanish away. I was getting really bored of it. After that I decided no more TV shows for me.

Then one fine day, Smriti Irani called me up for the serial Thodi Si Zameen Thoda Sa Aasman. I was not interested to work in that serial but when she narrated the story, it was pretty interesting. Smriti is Saas-Bahu types but I was really impressed that she was doing something different than what has happened on television. I agreed for the role but then the production house could not afford my fees and things didn’t work out.

Again, after a year Smriti called me and approached me for her new serial. It was a full fledged role and when she narrated the character, it sounded good. The character Sushant is an idealistic man trying to fight for truth. The added bonus was that it had the romantic side as well, which on big screen I really didn’t get the chance to show. This was a good way to show the people that I can do the romantic roles too. So the challenge excited me.

Why is it that Smriti always wants you to play a role in her serials?

Sushant: Well , I think I am a good actor and she knows that.

Smriti Irani is considered to be queen of television. So how is it working with her?

Sushant: I don’t know why everyone keeps asking me this. I have worked with Amitabh Bachchan, Abhishek and other big stars and at the end of the day all of them are actors. So is she. Infact, when she is acting her part as Vasudha, she is just a co-actor for me and not the producer.

Sushant and Vasudha as a jodi has left people blushing and many blinking their eyes with the background music of Dam Daro…. What is your take on this jodi?

Sushant: Yea, this Jodi shares a good chemistry onscreen. Smirti has managed to cast fantastic actors for this show. It is really a pleasure working with all of them. With Smriti frankly, initially I was a bit hesitant as I was not used to romancing a woman on screen. In real life it is totally different though. When I started essaying the role, I didn’t know Smriti at all but we had to portray a relationship of a couple who are already in love for 6 years. They behave almost like husband and wife. We needed to show some maturity as well, because we are not teenagers. I was looking a bit stiff earlier but after we got to know each other, it was pretty smooth. Somehow onscreen romance did blossom between us.

Your character in the serial is of a honest reporter but what differentiates your role with other stereo type reporters is the witty comments, laced with sarcasm. So was it difficult for you to perform the role?

Sushant: Not really as I am quite like that in real life. I am very blunt, a straight forward person and that makes me unpopular sometimes. I am very upfront about things. I don’t believe in stooping too low just to get a role. The part of reel Sushant is real Sushant. So it came very naturally to me.

Are you friends offset with your costars Achint Kaur, Ashwini Kalsekar and Vikram Gokhale?

Sushant: Achint I know from before as she was in Dhadkan. Ou friendship started from there. Ashwini is an amazing person to work with and so are the rest of crew. I have gone really close to Vikram Gokhale. In the serial I have to constantly pass sarcastic comments. He would come up to me and tell me how to do that scene even better. I have learnt a lot from him there. We have a great time pulling Karan and Mihika’s leg as they are the youngest of all. .

Sushant: Early in the episode we were shooting for a hospital scene and the set was erected at one of the studio. It was during a time when Apara Mehta who played my mother was introduced in the serial. She comes to meet me. Smriti Irani as a producer did not like the sets. She cancelled half a day shoot saying that we cannot compromise on quality. I think it was a mighty daring decision. It shows her commitment towards her show. Nowadays, TV industry is so expensive and with the cut throat competition, one cannot afford to give away full day payment to the stars and yet cancel half day shoot just because you don’t want to compromise on quality. That really left a mark on me.

Talking about Bollywood, you are shooting for Pradeep Sarkar’s movie Laga Chunari Main Daag. So what kind of role are you portraying?

Sushant: Yeah I am working on that movie. I have a role which has a life of four and half scenes but I wanted to work with Pradeep Sarkar. It was my dream to work in his film and Yash Raj is producing the film. So this was my chance of getting associated with Yash Raj unit. Secondly, all through the four and half scenes, the focus will be just on me as an actor. The character is negative and I really enjoyed doing it.

Virrudh has managed to grab the attention of the viewers and at the same time its reviews have been touching the sky. How does it feel to get such appreciation from both the audience and the critics?

Sushant: I must tell you it is very heart warming. I mean wherever I go I hear that "You know we had stopped watching TV but because of this serial we have resumed watching television". Our main motive was to get the men folks watching television and I think we have struck the right chord. But somehow the mystical TRP is very confusing. Everyone says that we are doing good but the TRP doesn’t reflect the same. I have no clues on that. I don’t know who decides the TRP. But, at a same time if the audience is appreciating it, your people in the forum like it, then I think our motive is achieved. If our audience is happy, so are we.

That was Dam Daro Dum guy Sushant Sharma from Viruddh. Will be back again with another special interview of your favorite telestar.

15 years ago Interesting to read his answers!!

15 years ago i have been a fan of this guy since he did'jungle and then when he came on a late nite chat show.....i was impressed....
honestly virrudh is the only one of two serials worth watching these days...Go Sushant!!

+ 3
15 years ago I liked Sushant Singh in Shahid Bhagat Singh and used to wonder why don't we get to see such good actor in films of TV serials, who can really emote. Actors like Sushant don't need much dialougues or 3-4 times repeat of stony facial expressions with some drum beat going on to make a point on screen. He just does it in flash with his eyes and facial expressions. I like his role in Virruddh very much. I live in Kerala and we are not getting to see Sony TV fro past one week and I had a to fight with the service provider to ensure that they rectify the problem.
I pray that Virruddh should rewrite the way TV serials are made and becomes a benchmark.

amal 7leh 15 years ago its gud to hav sushants interview n i must say he is doing a gr8 job in virrudh..

+ 3
15 years ago Awsome interview.. I never knew he was in the show Dhadkan.

15 years ago Great interview!!! I love his straightforward answers. Virrudh is like a breath of fresh air in the swamp of saas-bahu serials and all the actors are simply fabulous.

+ 7
15 years ago Hmmm interesting to read his interview he has always proved his worth as a good actor, be it dhadkan, or Virudh he potrays his character indeed very well

+ 5
15 years ago Thanx for the interview hiral:D You've done a very good job indeed :P I luv Sushant in Virrudh as he's doing a great job to his character :$

+ 5
15 years ago hey kirti thanks for the lovely interview.. and about him wanna sing one song..
hai mera dil chura ke le gaya churana wala.. mera katil...hehehe!!
you rock sushant.. keep on doing that..
and kirti thanks again