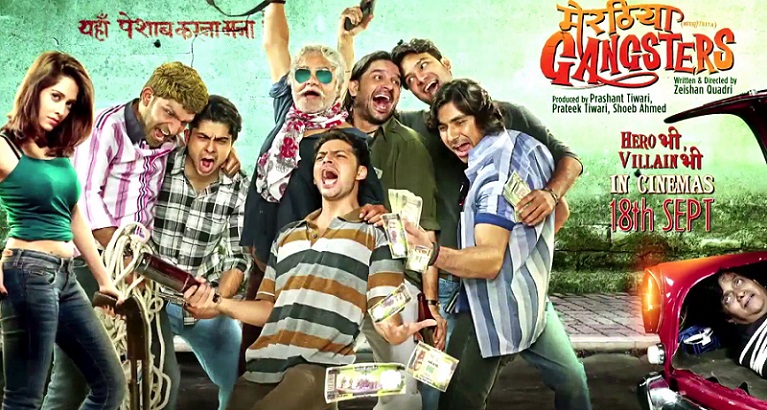 "Gangs Of Wasseypur" writer Zeishan Quadri's directorial debut "Meeruthiya Gangsters" launched its trailer on Wednesday with actor Manoj Bajpayee turning up to wish the team all the best.

Manoj, who was the star attraction at the event, said: "During 'Gangs Of Wasseypur', I thought he is just an enthusiastic young boy. But I never saw his enthusiasm diminish. Zeishan has, in a very short time, proved that if you're passionate and if your goal is clear in front of you then reaching that goal is not difficult. All my best wishes to Zeishan and to the entire cast for the film and to Prateek Group."

The film's producer, Shoeb Ahmed is delighted with the response to their debut venture.

"'Meeruthiya Gangsters' is our maiden venture and I'm very happy that writer-director Zeishan and presenter Anurag Kashyap is associated with Prateek Entertainment."

Prateek Group chairman Prashant Tiwari said: "I'm feeling extremely good about 'Meeruthiya Gangsters'. We always approach a new project with a lot of heart and hardwork and also a lot of emotions get attached to it during the filming."

"These kinds of films don't receive sufficient support, which is a fact. I'm grateful to Prashantji and Shoeb bhai for the support they've lent for my first film. I'll never forget it in my entire life which is also the opinion of even our cast and crew members," said director Quadri.