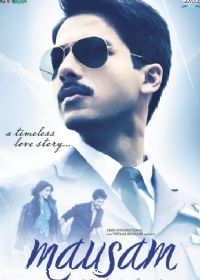 Made at a budget of Rs.35 crore, the film released in around 1,900 screens and is going strong with 100 percent occupancy. The film aims to bring back the true romance.

'Mausam' is a love story which shows how a couple is forced to estrange by socio-political situations around.

It captures the crest and trough they go through a span of 10 years until they reunite and make a happy ending. Shahid Kapoor plays the role of an air force pilot and Sonam Kapoor a Kashmiri girl.

The film was supposed to release Sep 16 but it was postponed after the delay in getting a No Objection Certificate (NOC) from the Indian Air Force which had objections over a few scenes.

exclusive
Exclusive Bigg Boss 14: Sakshi Chopra decides to give the show a miss ...
29 minutes ago

Sushant Singh Rajput case: NO clean chit given to Bollywood ...
59 minutes ago