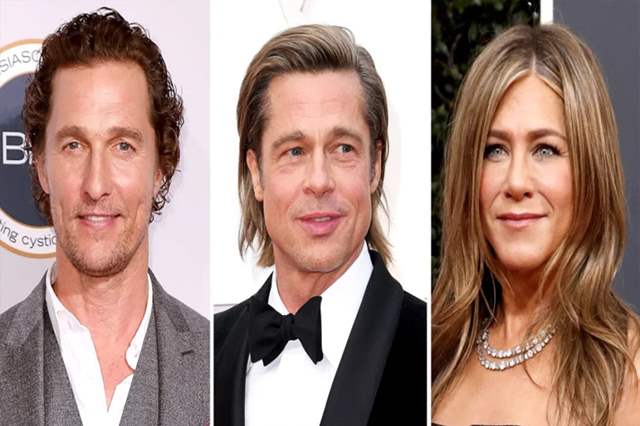 A while ago, if there was one constant talking point all the time - then that was the virtual reunion between Brad Pitt and Jennifer Aniston. The actors were a part of table read and even had a reading scene together. While everyone was buzzing about it, Matthew McConaughey, who was a part of the table read too had a hilarious reaction to it. While on Watch What Happens Live on Thursday, Oct. 29, the Oscar winner was asked about the duo's on-screen reunion. "Could I feel the heat through the screen of Brad? Oh...so palpable," the 50-year-old actor joked. "No, it was...I noticed that after that, that that's what a lot of the topics were...about that or about them. And no, I actually didn't notice anything through the screen."

But Matthew did note, "That made for a good topic the next day."

While on WWHL, Matthew, who recently released his memoir Greenlights, was also asked about Shia LaBeouf's performance as Jeff Spicoli in the table read, which also caused a social media frenzy.

"Shia, who I'm a fan of as an actor quite a bit, he kinda outdid us all," he said. "His set was in the car. I didn't see the final edited version, I'm pretty sure there was a lot of stuff cut out because he was so in character that sometimes I'm not sure if he even knew where the script was, when it was his line."

Matthew added that it was "part of the genius" of Shia's performance.