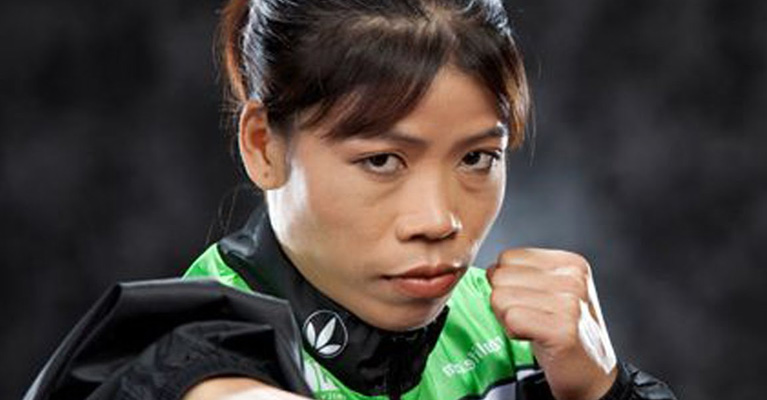 The life journey of Olympian M.C. Mary Kom, showcased on the silver screen through the film "Mary Kom", delivered a powerful punch. Now, the boxer is set to invade the small screen as a female superhero via an animation TV series called "Mary Kom Jr".

The boxer has signed up a licensing deal with ScreenYug Creations Pvt Ltd, a creative studio based out of Pune, for India's first girl superhero animation series. ScreenYug and Aditya Horizons will produce the series together, read a statement.

Mary Kom's story of carving a name for herself in global boxing ring circuit has been inspiring, and with the series, Mary Kom plans to motivate girls to follow their dreams.

"I think it is time to take more responsibility for the girl child. I want girls to be confident and strong," she said in a statement.

The animation series will also bring in a flavour of self-defence, and the boxer feels it is necessary to spread awareness.

"Parents are usually not keen on fighting games for their girl child, but with all the crime going around, their eyes are now open and this will help," she said.

Kulkarni emphasised that though the story will be based on Mary Kom with Manipur in focus, they plan to include other characters for universal appeal.

"It is true that we are creating India's first girl superhero animated series, which will be based on India's own super sportstar Mary Kom. While we have a Manipuri tinge by capturing the fiction life of a young Mary Kom while in school, we will have other characters with a more neutral tone in order to appeal to the global audience," Kulkarni said.

This licensing agreement will entitle Mary Kom to get royalties from the global sales of animation series, any merchandise, story books, e-books, games, comics and online distribution in the future.

ScreenYug Creations is currently working on the development of first-of-its-kind animation series on "War Heroes of India" and "Amazing Kids" apart from "Mary Kom Jr".

"My brother is dying": Pia Bajpai's brother passes away soon after she ...

8 years ago Rani Mukherjee you are a brilliant, beautiful and awesome actress.

8 years ago ha ha ha and there are people who go and treat stray dogs on the street , feed them , give up their jobs to look after dogs , some rehome abandoned dogs, people spend a huge part of their earnings on dogs and who gets an award ... RANI Mukherjee ... wow !

+ 3
8 years ago ..so what she did was obviously something very good, however, most people would have helped the dog..and it is kinda weird how she's getting an award for doing something so common and human.

celebrities are ordinary humans, not gods.

8 years ago Had a 'Aam' person had done the same good deed, would people have been talking about it or given a award to him/her???

Don't get me wrong, I applaud Rani's action, she did good!

THE PEOPLE ABUSING THE DOG SHOULD BE SACKED OR FINANCIALLY PENALIZED...

+ 4
8 years ago This is newsworthy? An actress saves a dog in distress and gets an award. Yet we had a 17 year old girl molested by a number of men and that did not make the headlines until the video went viral. Common industry. Where are your scruples?

8 years ago get real man!! set k illawa agar hota jaha no media would she have done that? this is just too much buttering up!! i guess a deal which will make both famous