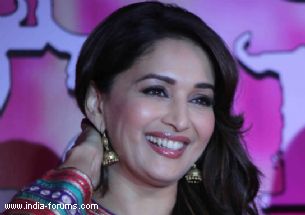 Actress Madhuri Dixit is impressed by the content of Marathi films. But she isn't sure if she will ever follow in the footsteps of some Hindi movie stars and produce a film in the regional language.

"I have not seen recent Marathi films, but yes I have seen 'Natrang' (2010) and 'Jogwa' (2009) and I was impressed with the kind of films they are making," Madhuri, who comes from a Marathi-speaking family, told IANS.

"The Marathi film industry has evolved over the years. As far as producing Marathi films are concerned, I have not thought about it," she added.

The dancing diva has also not yet been approached to produce a Marathi film.