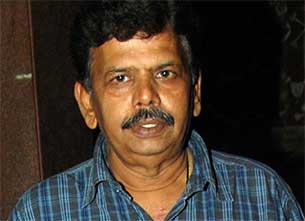 Well-known Marathi actor Vinay Apte has died after suffering from breathing problem, said a source from Kokilaben Dhirubhai Ambani Hospital here. He was 62.

"Apte was suffering from breathing problem and he passed away yesterday (Saturday) evening," said the source.

A well-known name in Marathi movies, theatre and the television world, Apte started his acting career in 1974 with Marathi theatre and later graduated to direction. "Mitrachi Goshta", written by well-known Marathi playwright Vijay Tendulkar, was the first play directed by him.

In Bollywood, Apte is known for his roles in Madhur Bhandarkar's "Chandni Bar" and "Raajneeti", among others.

Mourning his death, Bhandarkar tweeted that he was "shocked and shattered" after the untimely demise of Vinay Apte.

"Vinay had worked with me in 'Chandni Bar', 'Corporate' and 'Traffic Signal," wrote the filmmaker.

He too took to Twitter to express grief and wrote: "Oh god! Just heard that famous theatre and film actor Vinay Apteji is no more. May his family get all the strength to bear this massive loss!"

Apte is survived by his wife and son.