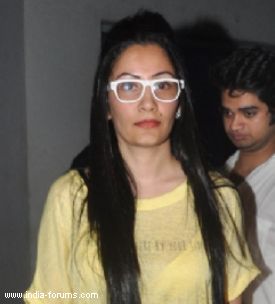 Chaugule told IANS: "Yes, Manyata was hospitalised yesterday (Tuesday) morning. We are currently investigating (her case) and looking at her medical reports."

In December last year, Chaugule had confirmed that Manyata has a tumour in her liver and that she may have to undergo surgery.

When asked whether Manyata will undergo any surgery, he said: "At the moment I can't say anything. Nothing is confirmed right now."

The doctor said Manyata was accompanied by Sanjay, who has been released on parole on Dec 21 after he applied for a month's parole to take care of his sick wife.

He said: "Ever since she has been hospitalised, Sanjay Dutt is by her side."

Sanjay, 54, was sent to jail to serve the remaining 42 months of his five-year sentence for his involvement in the March 1993 Mumbai serial blasts. Having served 18 months in jail before his trial began, Dutt started his stint in jail May 16.

His parole evoked protests and opposition from various quarters.