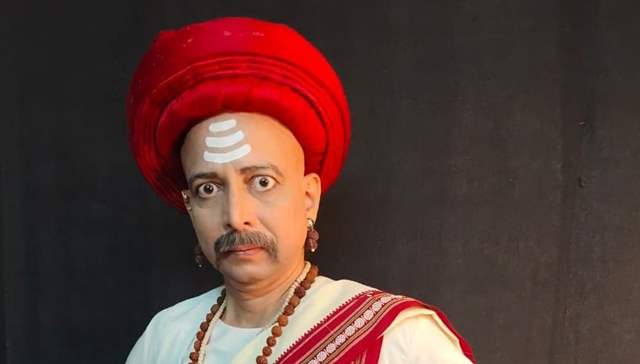 Sony Entertainment Television’s much loved period drama  ‘Punyashlok Ahilyabai’ has managed to garner enormous popularity and with time has become audiences favourite. Introducing another pivotal character to the ongoing ‘widow remarriage’ track, the show has roped in popular actor and entertainer ‘Manoj Kolhatkar’ to essay the role of ‘Acharya’.

In the current track, actor Manoj Kolhatkar will portray the character of a traditional and orthodox ‘Acharya’ who will strongly challenge Devi Ahilyabai as she advocates the concept of ‘widow remarriage’ and goes against the stringent societal norms to fight for her friend’s happiness.

Talking about his entry, Manoj Kolhatkar said, "I am elated to be a part of ‘Punyashlok Ahilyabai’, a show that has won millions of hearts with its intriguing storyline and with a powerful character of the great Ahilya Bai. Playing the role of Acharya is going to be unique as well as a challenging experience because of the grey shade my character brings about. Acharya’s entry in the storyline will make for an interesting watch for the viewers especially the storm that he will bring as Ahilyabai pioneers for her widow friend’s marriage. Here’s hoping that the viewers will take a liking to this new twist in the storyline and enjoy watching me in this new avatar.”

Watch Punyashlok Ahilybai every Monday to Friday, at 7:30 P.M. only on Sony Entertainment Television.