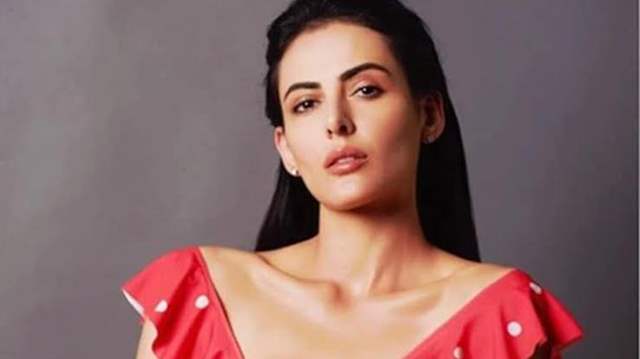 Actor Mandana Karimi has come forward to accuse the makers of the film, Koka Kola. It came across as a shock to many thag Karimi has alleged that she faced harassment on the sets. She mentioned that things took the wrong turn for her towards the last hours of the shoot. As the actor narrated her ordeal, the film producer, Mahendra Dhariwal, shared his side of the story. The producer went on and called Karimi's behavior ‘unprofessional’.

Talking to Times of India, Karimi said “I am still in shock about what happened and how it happened. Koka Kola is a film that we have been working on for over a year now, and it’s been one of those jobs that you do despite knowing that the team is not being very professional. We all end up doing a few such jobs to just keep ourselves afloat. From the beginning, I had problems with this crew. The producer (Mahendra Dhariwal) is an old-school man who turns the set into a man-dominated, egoistic place.” Karimi added that whatever happened on November 13 has shaken her up. She shared how on the last two days of the shoot, she had come early and clocked in the hours, but things didn’t go down well for her when the producer asked her to wait for an hour more, and she refused to.

Karimi said that the producer then agreed to her and mentioned that after she finished her few last takes, she returned to her vanity van to change. She then alleged that Dhariwal ‘forcefully came inside and started shouting’ and luckily it was a stylist to pulled him out. Karimi shared what the producer said to her and added, “You can’t leave. I asked you to do an extra hour and you have to listen because I am the producer and I have paid you.” She mentioned that Dhariwali started creating a scene on the set along with his son and called her names.

Reacting to the allegations made by Karimi, producer Dhariwal responded and shared his side of the story. He said that they had signed Mandana for Rs 7 Lakhs, before the pandemic, and also shot some scenes with her before, but when they resumed shoot after the lockdown, she started acting up. Dhariwal shared an incident when Mandana demanded Rs 2 Lakh to stay back in Delhi for a day for the shoot. He also mentioned that when the team reached out to her for dates, she said she is busy. She then demanded a sum of Rs 2 Lakhs for new dates, and the producer paid her in advance. Talking about the incident on November 13, Dhariwal stated that Mandana’s shift was from 9 AM to 9 PM, but she wanted to leave at 7 PM. He said he requested her to wait for an hour more, to which she said okay and got back on set.

Later, at 8 PM, Dhariwal said she got a call and headed to her vanity. The producer said he tried to explain to her and ask her to wait, but she wasn’t willing to. He added that he gave her an earful when she started packing up. After narrating his side of the story, Dhariwal said, “In one-and-a-half years, for a contract of Rs 7 lakhs, she has taken Rs 17 lakhs, cash transactions included. I am okay with spending the money, but she has behaved unprofessionally with us.” Mahendra Dhariwal also mentioned that everyone on set witnessed Mandana’s behavior and they will share the same story he narrated. He also alleged that Mandana started making videos on the sets after he started screaming at her.