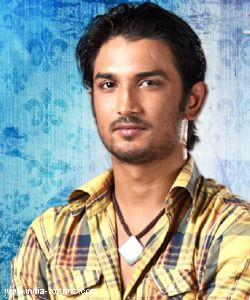 It seriously looks as though Manav (Sushant Singh Rajput), the protagonist of Zee TV's Pavitra Rishta is going thro' a very bad phase!! To begin with, he had a brush with some goons followed by an injury that had almost given him a life scare. And now, the latest dampener is that Manav will soon lose his job.

A little birdie tells us, "Dharmesh (Sumit Arora) will decide that it is fair enough to sack Manav from the job, as he had decided the same for Prakash earlier. This results in Manav losing his job. However, it will be Archana who comes to his rescue. Archana will explain everything to Dharmesh and tell him that it was the situation that forced Manav to get into a fight. Archana's effort bears fruit and Dharmesh takes Manav back in his company".

On the other hand, Archana has her task cut out as she gets to know that Manjusha (Swati Anand) is extracting the work of a servant from her mother. She will decide to get her mother (Savita Prabhune) back from her brother's place.

We tried to call Sushant and Ankita, but they remained unavailable.

Pinky1975 10 years ago Show is getting boring day by day. Initially PR was such a simple, beautiful, and pure love story of Manav and Archana and also very good and realistic family drama. But Shravani's track completely destroyed this show. Ans now creative bringing up character of Jaywant, another new love traingle and Jaywant is none other than male version of Shravani, another boring track. PR is now become the story of love traingles only and nothing else. When creative will show something new and fresh track other than love traingles. Are show something new and realistic.

truerose 10 years ago Why don't they introduce a major twist where shravani is shown as the scheming lady who had got engaged to sachin only because she had her eyes on manav from the very begining.She could not propose to manav because he got married to archana before she could do that.So to get close to him and his family, shravani had only pretented to be in love with sachin. Not only that,she was the one who got sachin killed in the truck accident..Archana would be the one to discover her and then she will fight hard to bring shravani's reality in front of everyone..

Ruhhee 10 years ago Nothing good int the show anymore...everytime i see Manav and Archana i feel like they are having an affair...yes the Shravni track is useless in the story line..she had the child, Manav did not marry her now she can move on she is educated and from a rich family why doesn't she go and get a job and do her own things this is 2010 ....i don't like this mis hap meeting of Manav and Archana how long will that go for...it's getting boring now...the divorce track was a wrong move in the show....i want to see more of Satish and Varsha sensible and down to earth story line and Vandu and Ajit blooming relationship....i can't stand Archana and MAnav for now....

truerose 10 years ago The story is not moving forward at all...its just this situation and that situation. The makers need to bring in some drastic twist to keep the viewers glued..

madhunarayanan 10 years ago this is the most boring and worst serial not even worth reading written updates of... what else can be expected from that kekta kapoor :P

Shaina_b 10 years ago We need to get Sharvani out of the picture!!!!

_mahi_ 10 years ago bravo Archana., dharmesh is so practical,.,

tv_madness 10 years ago When will the Manav-archana-shravani triangle end? The story will never move forward till Shravani is out of the picture, whatever be the chotamota twists..

baubles 10 years ago yaar,y is the story nt moving forward??
only good thing is that v get to see sushita 2gthr

Bigg Boss 14: Kavita Kaushik shuns reports of being a part ...
11 minutes ago