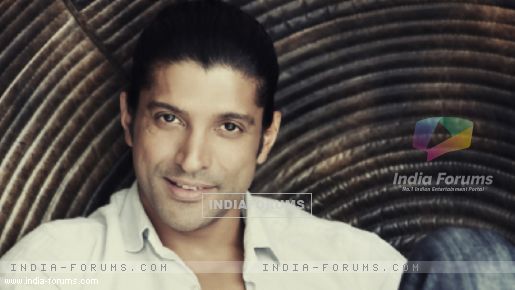 Farhan Akhtar, who has excelled in his multiple talents repeatedly, says it's the joy of entertaining people and engaging with them that keeps him going.

A successful director, producer, actor and singer, how does he do justice to his many roles?

"It purely stems from belief in the project, in the work and then in the people who are involved with you when you are doing that work," he told IANS.

The "Bhaag Milkha Bhaag" actor especially loves the interaction that happens with the crowd.

"For me, the enjoyment factor really is the interaction that happens with the crowd. So be it in the feedback that comes usually later on about the film or in the moment when you are doing a concert or performing, you get some feedback from the co-actors or director," he said.

The 41-year-old has been appointed as the ambassador of menswear brand Code by Lifestyle.

Talking about what it takes to write his own code, the "Bhaag Milkha Bhaag" actor said: "It takes a certain sense of self-belief, the support of people around you who matter and I think on some level, it takes a certain psychology of not being afraid of failing.

"Most people, sometimes, are not brave enough to venture outside their comfort zone for the fear of failing. I think unless you fail, you don't learn."