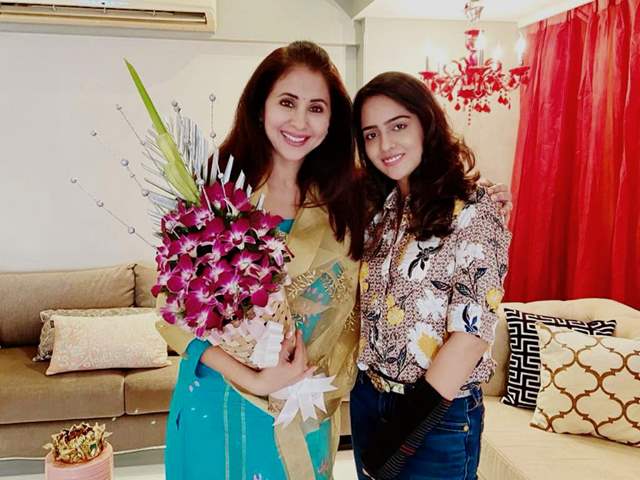 Earlier this year, actress Malvi Malhotra was hospitalized after being allegedly stabbed with a knife multiple times by Yogesh Mahipal Singh. Naturally, the incident took a toll on Malvi’s life. Recently she met the ever-beautiful Urmila Matondkar and the meeting helped her overcome a large part of her fear.

She says, ''It was really nice meeting Urmila Matondkar. I got to know that she was on my side throughout. In fact, she called a lot of people to support me judicially and asked me to take strict action in this matter. When I met her she was very happy to see me recover.  She is a very good actress but more than that she is a woman of substance and emotions. I am really happy that she joined Shiv Sena as she deserves to be in a powerful position.”

Urmila also told Malvi that she is totally against such people living in Mumbai as it is considered to be the safest city in India for women. She mentioned that the authorities are working on some strict laws which will protect women from all kinds of goons. Malvi adds, ''After I met and spoke to Urmila Matondkar, I really feel safe in Mumbai now because of the support she gave me. Even my parents are happy that she assured me of my safety.”

Speaking about her favourite film of Urmila she says, ''I saw a lot of her films while growing up. I especially love the Hai Rama song from Rangeela. Her expressions are outstanding and mind-blowing. As an actor, I learn a lot by watching her movies."  Speaking about the unfortunate incident, Malvi adds, ''The incident happened on 26th October and I  saw death very closely as the guy tried to kill me. Some mad phycho people come in our film industry and spoil the name. I will stand up against such people and  we should boycott them.”