Star Plus and BAG Films' Mitwa Phool Kamal Ke has of late shown an increase in ratings, with some high drama and new entries happening. 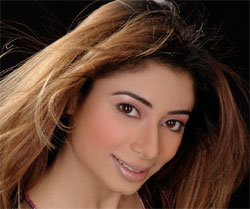 Featured Video
We had earlier reported about the entry of Vineet Raina as the new guy in Bela's (Tanvi Bhatia) life. And along with him entered his mother played by Sahiba, massi (Rajni Chandra) and sister (Priya Dixit).

Atharva (Vineet Raina) entered as Bela's saviour, who gives her a new lease of life by marrying her. But there is more to come, as the guy and his family have a dubious past.

This will come to the fore with the entry of Malini Kapoor who happens to be Atharva's first wife.

According to our source, "Till Now, Atharva has been shown as a very good person, and Bela sees him as God. But the coming episodes will reveal the dark side of him. Malini Kapoor essays the role of Nain Tara, his first wife. Earlier, Athrava and his family would have tried to kill Nain Tara by throwing her off the hill. But the lady would have survived the attack, and she now gets into the house to save Bela from the bad eyes of Atharva".

"Nain Tara enters the house of Atharva during the Mooh Dikhaai ceremony of Bela after her marriage with Atharva. She enters in a ghoonghat along with the ladies of the village. She would try her best to confront Bela and tell her all the truth. But Bela mistakes her to be a mad woman who wants to injure her. However, things take a nasty turn when Atharva gets to know about Nain Tara's existence", adds our source.

When contacted, Malini Kapoor confirmed the news of her entry in Mitwa and said, "Yes, I am back to daily soaps after Zaara. The character is very strong and positive. She is the ex-wife of Atharva, and is back into his life to save Bela. That's all I can tell you at this moment".

Malini has begun shoot from yesterday and her entry episode will be aired sometime next week.

What happens to Bela who is now caught in the clutches of Atharva?

All this and much more for the viewers to watch.. 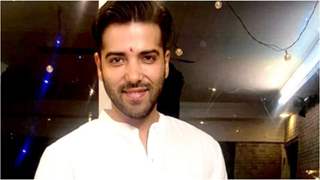 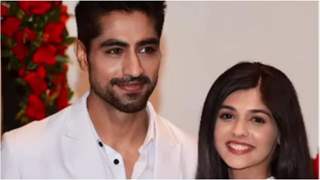 12 years ago the story seems to be much much better ..... with some good actors in... ratings have gone up...dats the proof...
I LOVE VINEET.. N HE IS ROCKING THE SHOW AT THE MOMENT... GR8 GOING

12 years ago This has gone from Bad to WORST. All HELL in this SHOW. CRAP SHOW needs to end

12 years ago ...and here I thought, we'll get to see some great chemistry between Bela and Atharva !! Great creatives, just great !! *sarcasm*

12 years ago y she is marrying arthva
why not birju

12 years ago it sounds ok, but why did she marry ths atharva guy, stupid!

13 years ago thanks... her answers are not the typical answers, interesting!!

13 years ago she''s cute in BAH that is until we saw her in kidnap.

+ 3
13 years ago she is too cute
Thanks so much..like her since Yahaan movie..