'I play the role of a dumb mother and I am so delighted because all these years I have been talking a lot in all the roles I played. This is totally different. I am yet to see the film and the response I am getting is unbelievable,' Sukumari told reporters here Sunday.

Produced by V.R. Das under the banner of Cyber Vision, the film is about the status of a woman who is all alone. The film also focuses on the relationship between a mother and a son.

Kuniyamma plays a Muslim widow who is unable to accept the death of her only son and takes to the streets in search of him. Mohanlal makes a guest appearance as Sukumari's son in the film that opened Friday.

Initial reports indicate that the veteran actress, who has completed 56 years in filmdom, will vie for top national and international acclaim for her performance.

Producer Das is happy that he grabbed the film.

He said: 'I am really happy that I produced this film because if I had not done it, someone else would have done it. Everything was well planned. We made this film at a cost exceeding Rs.5 million. It was really satisfying for me and I am happy that it has come out well. And I wish that we get good support from the audiences,' .

Scripted by Anil Mukhathala, this is Nath's third film and he is all praise for Sukumari.

Nath said: 'Throughout the film you don't see the actress Sukumari, but Kuniyamma reveling in the role. She has done a tremendous job.' 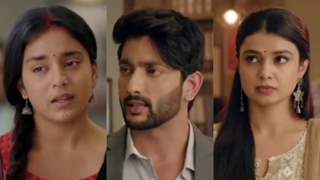