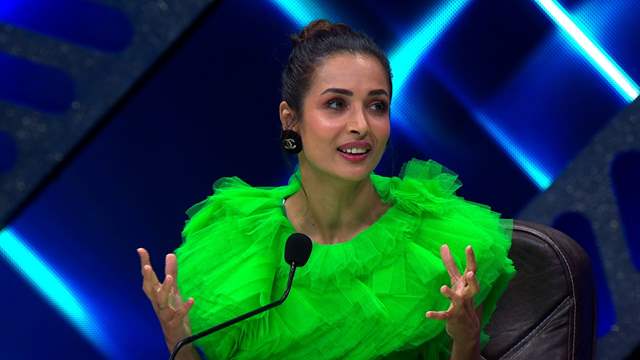 Sony Entertainment Television’s popular show India’s Best Dancer will bring in the festival of Raksha Bandhan this weekend. With power-packed performances by the contestants along with the choreographers who are reviewed by the trio of judges – Geeta Kapur, Terence Lewis, and Malaika Arora, the audience will also witness some sweet moments as the show will highlight and celebrate the auspicious festival.

One such contestant who impressed the judges with his outstanding act was Tiger Pop. Tiger Pop, who hails from Gurugram, along with choreographer Vartika performed on the song Ramta Jogi, and exhibited their popping moves but with a twist in the act. They left the judges stunned with their jaw-dropping moves and finesse in their act. After their performance, the three judges had a surprise planned for Tiger Pop.

On the special occasion of Raksha Bandhan, Tiger Pop’s sister Sheetal was present on a video call and had watched his performance live. Witnessing his sister praise his performance, Tiger was overwhelmed. He said that he feels blessed to have a sister like her who not only supported him but took care of their parents when he would be busy with dance competitions. The brother-sister even indulged in some fun banter and Tiger’s sister revealed a few anecdotes about him on the show. Later, when the judges asked Tiger what he would gift his sister on this special day, Tiger revealed, “I really want to gift her Western dresses this Raksha Bandhan.”

Malaika immediately said that she would help Tiger in getting dresses for his sister. Malaika said, “I will ask my stylist to have some outfits sent for your sister, Sheetal. We will make sure she receives it.”

Tiger Pop could not thank Malaika and the team of India’s Best Dancer enough for the surprise which made Raksha Bandhan even more special for him. On judge Malaika’s sweet gesture, Tiger shared, “I’m so thankful to her for what she said. I wanted to arrange a gift for my sister on Raksha Bandhan, but since I am here I couldn’t. I was thrilled when Malaika ma’am said that she will ask her designer to send nice clothes for my sister as a gift. I am grateful that she has always been supportive and given me positive feedback on my performances as well. I feel very blessed for everything.”

Watch Raksha Bandhan special on India’s Best Dancer, this Saturday and Sunday, at 8 pm only on Sony Entertainment Television!

Malaika Arora opens up on Resuming shoots after 4 months; says, 'had a ...

Ramesh Taurani Spoke To Sushant a Day Before He Passed Away; ...
7 hours ago

Sushant's Co-star From 'Sonchiriya' Ram Diwakar Shares a ...
8 hours ago