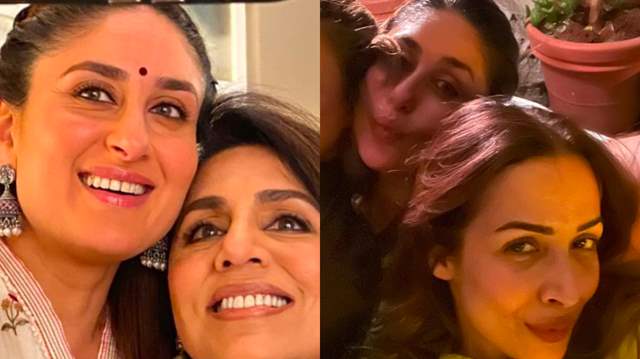 Today marks Kareena Kapoor Khan's 41st birthday. Isn't she ageing just like a fine wine? Even after twenty years in the business, Bebo is still one of Bollywood's most loved actresses. Recently, the actress received acclaim for her outstanding performance in the Aamir Khan-starrer Laal Singh Chaddha, which was just released.

Well, the actress is currently being showered with lovely birthday wishes from all quarters.

Talking of which Kareena Kapoor's best friend Malaika Arora took to the gram stories and posted a picture of Bebo and wrote, "Happy Birthday my darling Bebo another year. Another candle and a lifetime of memories." In another selfie, she shared Malla wrote, "To selfies n pouts"

While Kareena Kapoor Khan's Chachi Neetu Kapoor took to her official Instagram page and wished her dear niece with a lovely message. “Happy birthday beautiful inside out @kareenakpoorkhan” Kareena looks stunning in the photo wearing a white Kurti, silver jhumkas, and a bindi helping the Laal Singh Chaddha actor complete her ethnic outfit. Neetu Kapoor, in contrast, looks stunning in a blue Kurti that she wore with silver accessories.

Also, Riddhima Kapoor Sahani wished Kareena in her Instagram story writing, “Happy happiest bday darling Bebo #beautifulinsideout” along with a pink heart emoji. In the message, a photo was attached wherein Kareena, her mother Babita Kapoor and Riddhima can be seen next to each other.

While Liger actress Ananya Panday shared a sweet photo collage and it's just aww worthy. She wrote, "Forever inspiration and favorites in every way !!! Happy birthday, Bae-bo!!!! The best ever @kareenakapoorkhan" 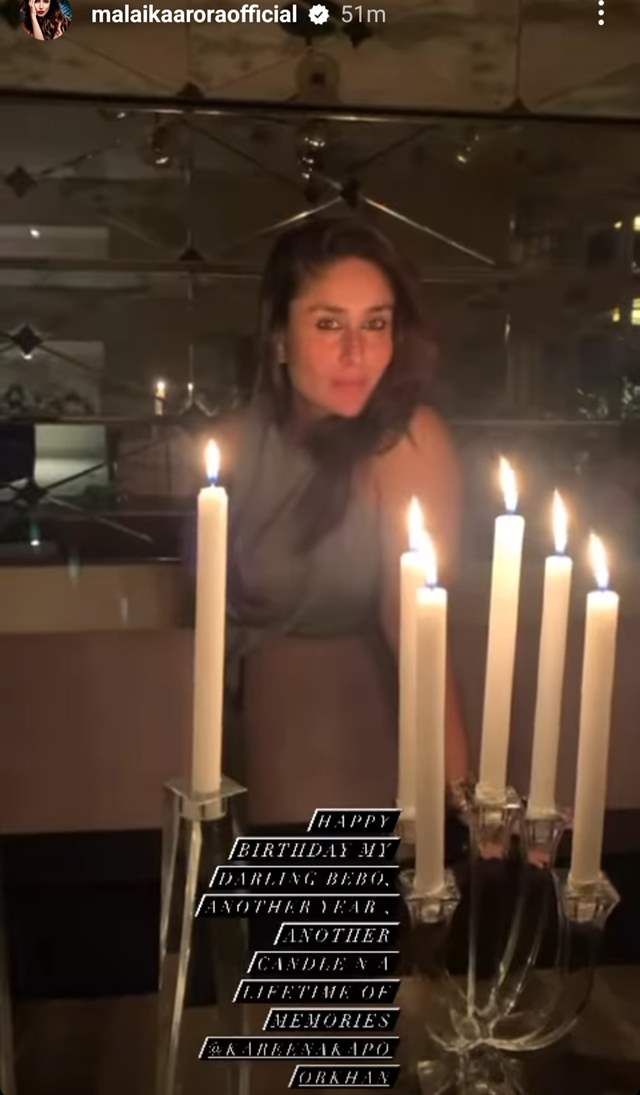 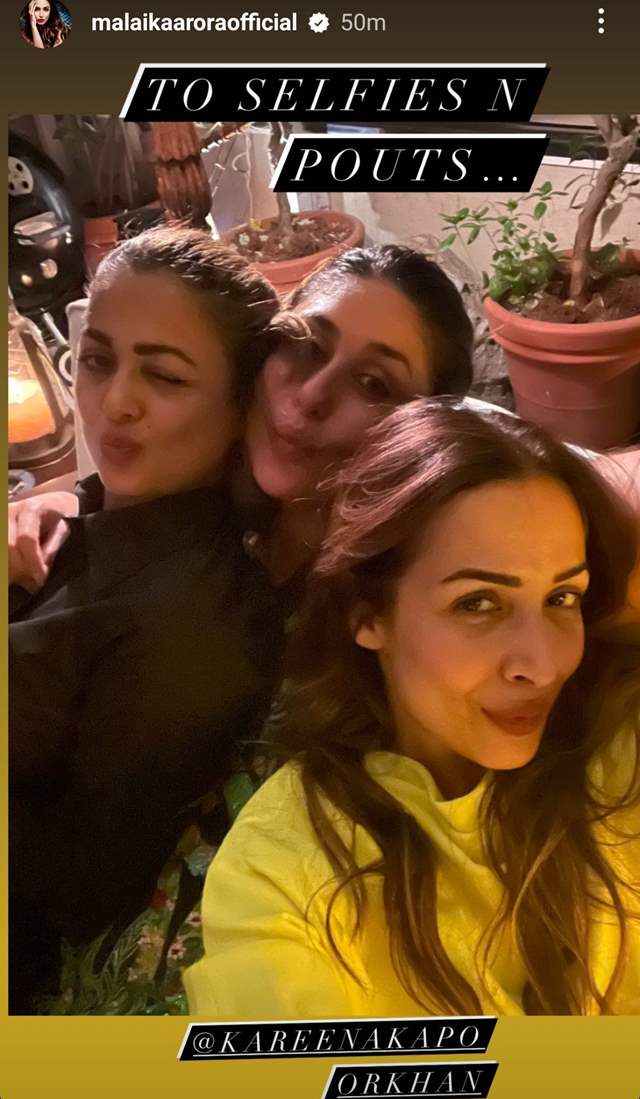 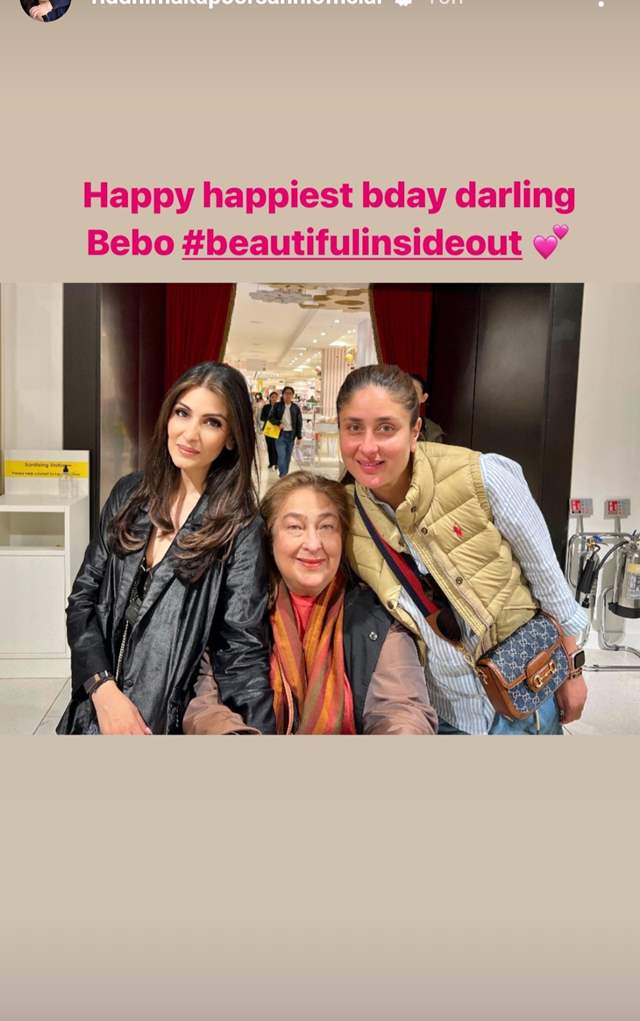 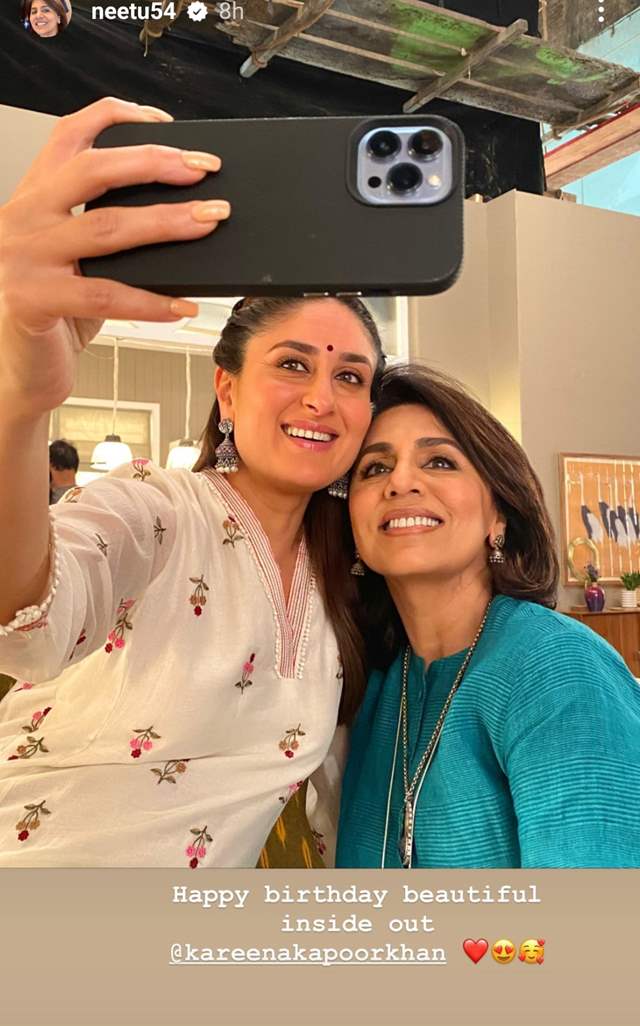 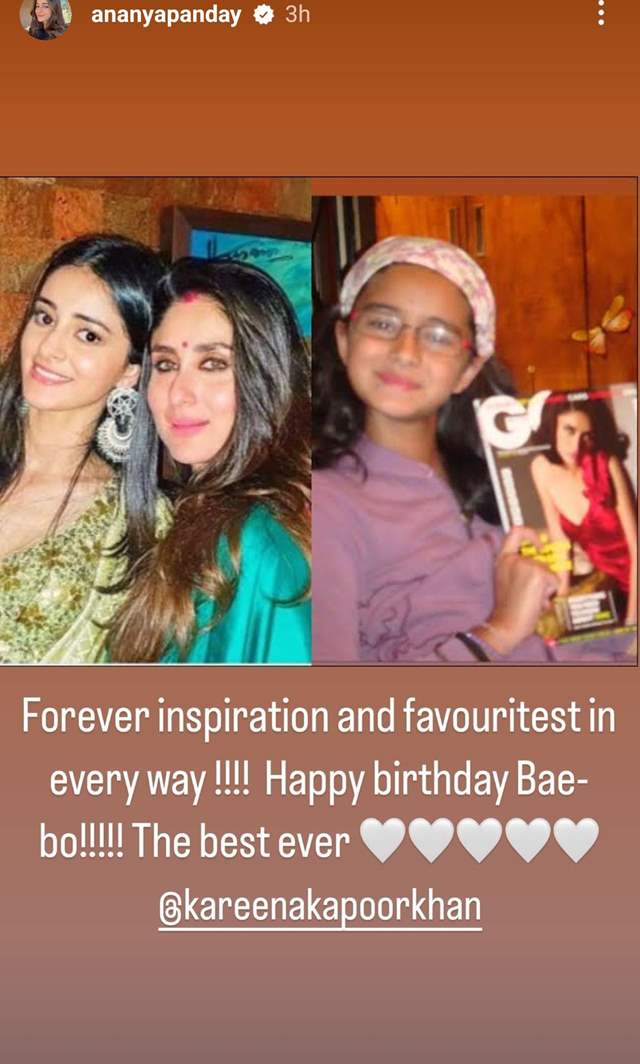 Well, today is Bebo day and the actress is enjoying all the attention and love coming her way.

On the work front, Kareena will soon make her digital debut with The Devotion of Suspect X. The Netflix movie, which is helmed by Sujoy Ghosh, also features Jaideep Ahlawat and Vijay Verma in the key roles.