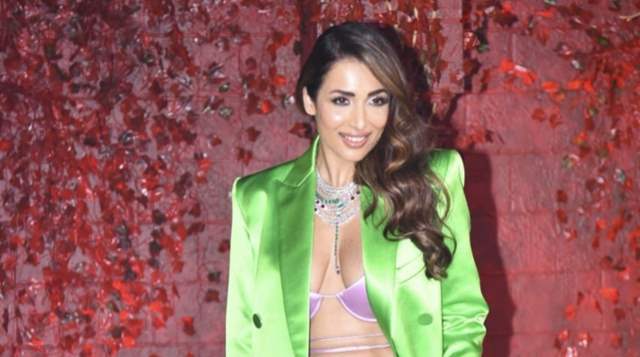 Malaika Arora's fashion sense has never failed to wow. She is one of them who always understands the style assignment.

On Wednesday evening, the actress was spotted lighting the stage on fire while celebrating her dear friend Karan Johar's 50th birthday. The theme of KJo's party was all things bling, and stars were seen dressed to the nines.

Malaika is known for creating strong fashion statements with her clothing. She dressed down with a pink satin bralette top, a bright green jacket, and matching shorts. She completed her ensemble with blingy pink shoes and a potli purse.

She finished off her ensemble with a beautiful blingy necklace, which she nailed. Some were impressed by her daring image, while others were observed ridiculing her.

Netizens were not quite impressed with her overall look. One of the comments read, "Dressing sense is fully third class." Another user wrote, "Such a tacky outfit." Another comment read, "Poor selection of clothes."

While some were seen praising her as a comment read, "She is legit pulling that off ". One of the users wrote, "Meko to achhi lag ri hai yaar ." 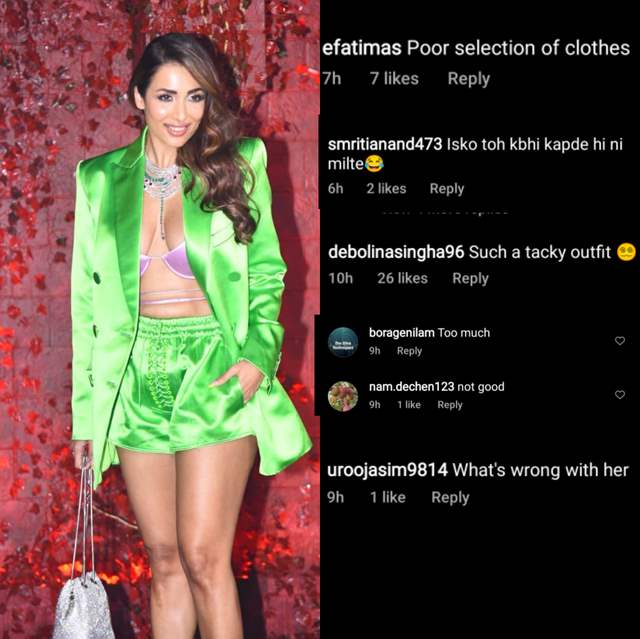 viloch12 4 months ago cheap & vulger aunty. never have enough cloth to cover herself.

4 months ago What a disgusting outfit. This woman is old. Why is she trying so hard? Get lost aunty!