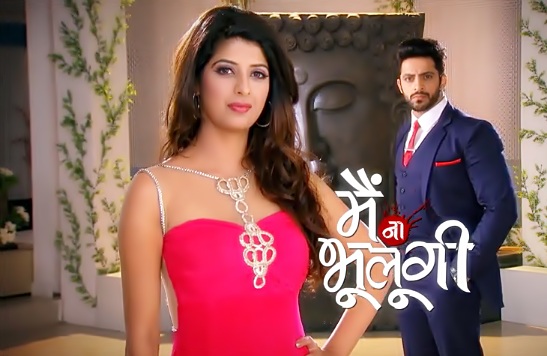 Sony TVâ€™s Main Naa Bhoolungi produced by Beyond Dreams has captivated the attention of the viewers through its intriguing revenge concept. The show will be seen airing its last episode on August 15.

Earlier, there were reports that show had got an extension till October this year. But looks like that makers of the show are running out of the story line and hence the decision has been taken to end the show.

We got in touch with Vikas Manaktala who essays the role of Aditya in the show. This is what he had to say â€“

â€œYes, the show is going off air in August. The show had a concept of finite episodes; so it had to come to an end. Like it is truly said all good things come to an end, our show also had to come to end. The show will end with Shikha/Samaira portrayed by Aishwarya Sakhuja taking her revenge from Aditya. Aditya will be seen dying in the show. Madhurima (Nigaar Z. Khan) may also die in the show. But her sequence in the show is not clear whether she will die or not. I am happy with the show ending as it does not make any sense in dragging a finite show.â€

Well this is surely a saddening news for the fans of the show Main Naa Bhoolungi!

amreen2000 8 years ago Thank god! At last, high time, it would have been more interesting if she had slept with the enemy but indian serial has to show sati savitri attitude.

+ 13
8 years ago Not very saddening news for me...They ruined the storyline and thus it had to end!

+ 2
8 years ago running out of the storyline...they ran out much much earlier lol...glad its ending..such a stupid show and complete waste of time !!!!!

8 years ago i am too sad! how can a show like this end so soon, i mean hello it has not even completed a year...just 9 months.
but shikha will complete her revenge from aditya and succeed.
i am happy. will miss aishwarya,vikas and nigaar

8 years ago I am sad. It is my favourite show after ek nayi pehchaan

+ 4
8 years ago yes all good things come to an end
i really enjoyed this show
aditya-samaira made a wonderful pair but he was a negative character so its understandable they couldnt have a happy ending...
aishwarya sakhuja, vikas manaktala and nigaar were outstanding :)

11 years ago where is freida pinto's name ? she has also proved herself in hollywood. it is true that om puri, anupam kher , aishwarya rai , tabu and anil kapoor are real acheivers

+ 4
11 years ago I wish they would also add Amrish Puri's name cos he had done an excellent job in Indiana Jones: The temple of doom. I would say thats one of the more popular movies that most ppl would remember.

+ 3
11 years ago The real achievers are Om Puri, Anupam Kher, Kabir Bedi, and Irrfan Khan.. its so easy to mingle with celebrities now due to globalization.
Om Puri and Anupam Kher were selected by international movie makers based on their acting skills, not for their popularity.