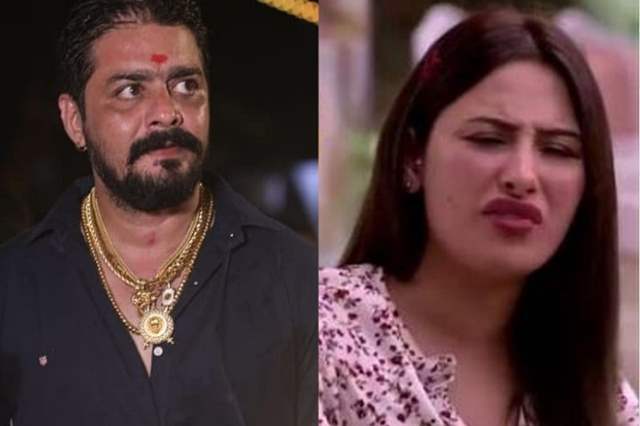 Another day, another piece of off-screen drama to talk about here. With every passing day and every passing episode, the on-screen drama may not quite have been up to the mark but the drama, fights, and comments surrounding the contestants' relatives and supporters have been more notable.

While wildcard, Hindustani Bhau's entry and stint in the house currently hs been quite entertaining and he has managed to attain a lot of love and respect from the fans, there is one person who is certainly not amused by the same. That person is none other than actress, Mahira Sharma's mother, Sania Sharma. In a latest promo, Bhau is seen calling Sharma 'bade hotho vaali chipkali' (a lizard with huge lips). This did not go down well with Sharma and she was a lot more irritated with the fact that her good friend, Paras Chhabra was laughing out loud on hearing this.

And it isn't just Mahira Sharma who is upset by this, her mother Sania was equally upset too, In a conversation with an entertainment portal, Sania Sharma said she is extremely disturbed by Bhau's comments and highlighted that one should have command over his language especially when you are seen on National TV. She further mentioned she is disappointed that he is calling her daughter a lizard and making a comment on her lips just to make the video entertaining. She said how she was actually happy with his entry initially where he gelled with Mahira and called her little sister but with this latest act, she is very upset.

Gagani 8 months ago But this was actually very funny , Nadi hoto Wali chipkali,😂

shinningstar 8 months ago Yea right! Like mother like daughter! And where was this woman when her daughter was insulting and putting false accusations on co contestants.