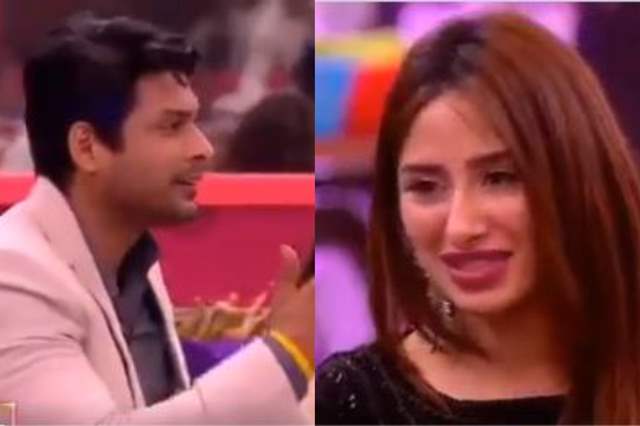 In the Bigg Boss house, equations are ever changing between the contestants. Friends become foes and vice versa. Some equations have recently changed inside the house that have left fans shocked. While Asim and Sidharth’s violet fight left fans disheartened, Mahira’s equation with Sidharth might also take a drastic turn.

To all the ardent viewers of the show it is known that Mahira Sharma and Sidharth Shukla do not get along. The two have indulged in many verbal fights and not just that during a task Sidharth accidentally pushed Mahira, after which Sidharth was nominated for two weeks straight by Bigg Boss himself.

Now, in one of the clips of the upcoming Weekend Ka Vaar episodes, Mahira can be seen saying that she has actually started liking Sidharth Shukla. She went on to say that her opinions about him are changing and he seems to be a nice guy, while blushing. To which Sidharth’s reaction was very adorable. He got up from his place and sat near her.

Not just that but something is brewing between him and Devoleena too. The two can be seen enjoying adorable chemistry. Check out the video below:

What are your views about Mahira's sudden change of behavior towards Sidharth Shukla? Let us know in the comment section below.