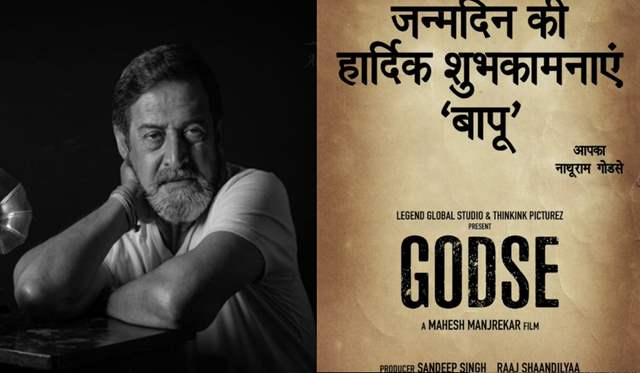 Today marks Gandhi Jayanti as it is the 152th birth anniversary of Father of the Nation, Mahatma Gandhi aka Mohandas Karamchand Gandhi. And on this occasion, actor-director Mahesh Manjrekar went on to release a teaser poster of upcoming film, Godse on his Instagram.

Manjrekar wrote "The Deadliest Birthday wish ever! Get ready to witness a story no one dared to tell before!

The post further read about Manjrekar talking about how the story of Godse has been very close to his heart. It read, “The story of Nathuram Godse has always been close to my heart. It takes a lot of courage to back a film of this nature. I always believe in hard hitting subjects and uncompromised storytelling and this one fits the bill. People do not know much about Godse other than he’s the man who fired at Gandhi. While telling his story, we neither want to patronize nor want to speak against anyone. We’ll leave it to the audience on who is right or wrong.”

This is the third film that Mahesh Manjrekar will be directing for Legend Global Studio. The other two being 'SwatantraVeer Savarkar'- also a period biopic on India’s freedom struggle and 'White'.

Apart from this, Manjrekar has the Salman Khan and Aayush Sharma starrer, Antim - The Final Truth lined up for release soon.