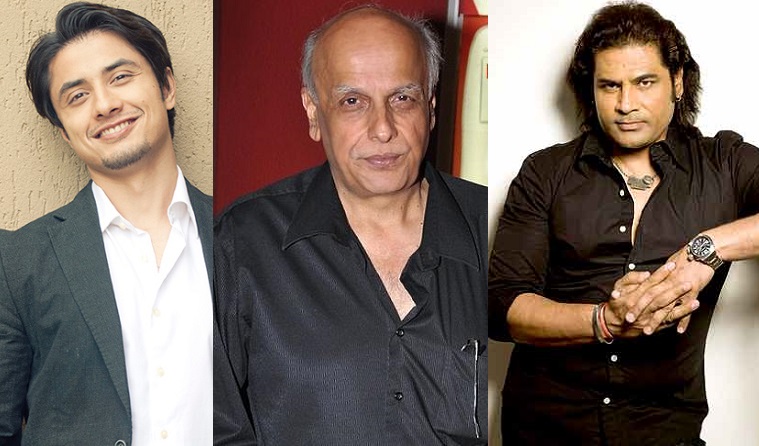 A lot of havoc had been created after the attacks by terrorists in Uri. In a response to that, India did a surgical strike on Pak while Indian Motion Pictures' Artists Association (IMPAA) banned Pakistani artists working in the country.
However, it seems Mahesh Bhatt is no more in the favor of banning Pakistani artistes as he has approached few Pak singers for a song which to be featured in a cross-border peace play! Ali Zafar and Shafqat Amanat Ali and few others have given their nod to Bhatt's offer.
Imran Zaid who is a member of the team of this project was quoted saying, "Every Pakistani artiste Bhatt Saab has approached has responded enthusiastically. Shafqat Amanat Ali's manager said he doesn't want any money for this song. We are also working on getting Rahat Fateh Ali Khan and Atif Aslam on board." (sic)
When quizzed about the ban imposed on the Pakistani artists he replied, "We are going to use the voices of the Pakistani artistes, for a play called Milne Do which will be staged in Delhi on June 8 and Mumbai on June 23. Furthermore, the Indian government has clarified that it has not banned Pakistani artistes. When the Government has taken a clear stand on the issue, what chance do the protesters stand?" (sic)
He further explained that possibilities of protest are high, however, Delhi and West Bengal Government has extended their support. He says, "Bhatt Saab is not new to protests. Dialogue with Pakistan must re-start on a cultural level. The Delhi government is supporting our endeavor here in Delhi and in West Bengal Mamata Banerjee has extended support to our mission." (sic)
However, BJP spokesperson Shaina NC has a different say on the same, "Relations with Pakistan have deteriorated to such an extent that there is a move now to declare Pakistan a terror state on an international level. Given the current crisis I don't think we can have Pakistani artistes coming here." (sic)
(credits: DNA)

4 years ago This moron Mahesh Bhatt should leave India and move to Fuckistan!! Terrorist sympathizers are also terrorists!!