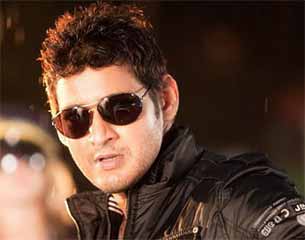 Superstar Mahesh Babu, who teamed up with filmmaker B. Sukumar in recently released Telugu psychological thriller "1: Nenokkadine", has expressed his eagerness to work with the latter in future.

"1: Nenokkadine", which released Friday, opened to mixed reviews and failed to register a bumper opening.

"After the release of the film, he sent me an SMS asking when we can start working on the next project. I'm glad he enjoyed with me and I'm also looking forward to work again. But right now I don't have a script to team up, but I may when the right time comes," Sukumar told IANS.

Mahesh Babu said "1: Nenokkadine" will be his most memorable film.

"'1' will remain as one of the most memorable films I've ever done. Take a bow Sukumar and the entire team of '1'," posted Mahesh Babu recently on his Twitter page.

Meanwhile, Mahesh Babu has teamed up with filmmaker Srinu Vaitla for the second time in "Aagadu".