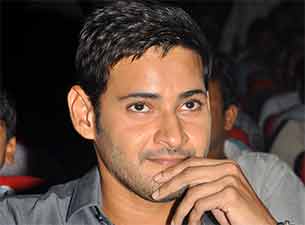 "It was wonderful on his part to oblige our request and attend the audio launch. His fans thronged in large numbers to get a glimpse of him. Everywhere he goes, he is sure to become the show stealer, and he definitely was at our audio launch," Anand told IANS.

"Maadhav suggested that we invite Mahesh. Both of them had worked for films 'Dookudu' and 'Khaleja', for which Maadhav worked as assistant director. It's because of his presence that our film got so much of attention now," he added.

Jointly produced by Pavan Mantripragada and Sanjay Muppaneni, the film is getting ready for release soon.