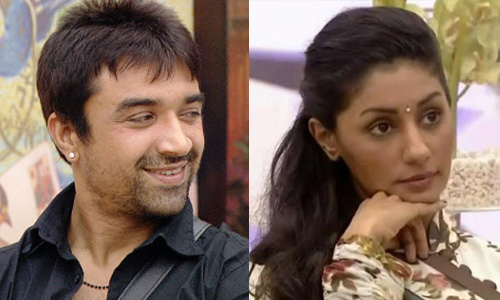 Bigg Boss has got an extension of one month along with which the show will witness five wild card entries of its ex-contestants from different seasons.

According to earlier reports the two names which have been confirmed are Rahul Mahajan and Sambhavna Seth and a few more names will be adding on to the wild card list. They are none other than Mahek Chahal from season 5 and â€˜Ek Number Maanus' Ajaz Khan from the previous season.

Our source informs us, "Mahek Chahal who was a total entertainer in season 5 has been finalized for this season to join as a wild card entrant. Along with her the other name, Ajaz Khan is still contemplating for his entry as the terms and conditions of the show are yet to be finalized."

Mahek, who follows Bigg Boss, watches this season of Bigg Boss as well. But when asked about her entry in Bogg Boss 8 as a wild card contestant she chose not to comment.

When we got in touch with another ex-contestant Ajaz Khan, who is set to enter as a wild card entrant, he says, "Yes, talks are on but there are terms and conditions that are yet to be finalized. Once it is settled I might enter the show."

There also have been talks of Imam Siddique who  was the entertainer of the sixth season, could be the fifth wild card contestant.

The wild card entrants will be introduced by Salman Khan on January 3 and thereon Farah Khan will be seen hosting the show.

+ 2
6 years ago lol poor bb8 people, they are trying all possible ways to make there flop season a hit, salman had a big role in bb viewership, now he will also go. God bless bb creative.

+ 4
9 years ago These days people are becoming so shallow ..Their choices both in real and reel life is becoming depth less ...Item numbers like munni, sheila and jalebi is getting acclaim , due to this ...