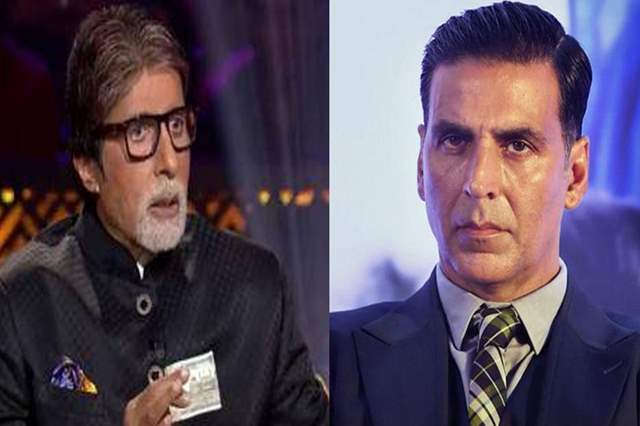 The current talking point, for a while now too, has been the constant price rise of fuel where it even crossed Rs 100 recently. Many have come forward to tweet or comment on it but many celebs have chosen to remain silent on it. Two superstars, who are in special scrutiny has been Akshay Kumar and Amitabh Bachchan. The Maharashtra Congress chief Nana Patole has threatened to stop the shooting of their films in Maharashtra as they have not spoken about it. As reported by Times Now, while talking to media, Nana Patole said that these actors used to tweet against the price hike in petrol when there was UPA government but they have not yet spoken about it.

Patole said, “You would have seen when Manmohan Singh ji’s government was there at the Centre, whether it was Amitabh Bachchan or Akshay Kumar, they used to tweet about high petrol prices. Now today, when international crude prices are low but the Narendra Modi-led BJP government is increasing the prices of petrol, diesel and LPG, why are they not speaking out today. The UPA government functioned democratically, hence they could criticise it”.

Post this, Maharashtra BJP MLA Ram Kadam tweeted in support of the Bollywood actors. He wrote on his Twitter handle, “Congress leaders are threatening the actors in daylight. Did they commit crimes by tweeting for the betterment of the country? What has happened to these Congress leaders?”-

Coming to the actors, both Bachchan and Kumar are yet to react.

+ 3
2 months ago Actors (top ones) are paid by the government to speak in their favour. Democracy gayi tel lene but these people will not speak for the common man, because they have more to lose than gain. I can deal with an incompetent govt but not one that muzzles the voice of its people