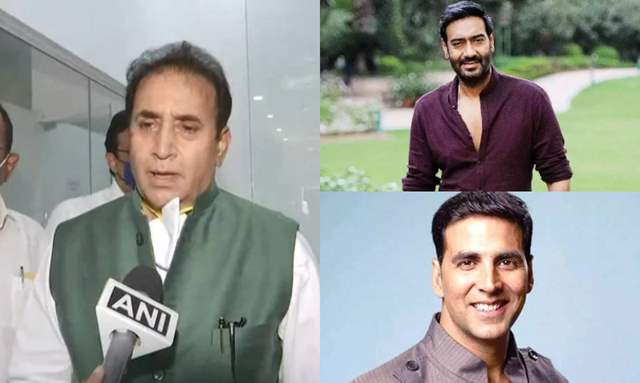 Last week, a controversy sparked after Indian celebrities like Akshay Kumar, Ajay Devgn, Sania Nehwal, Lata Mangeshkar and others took to their Twitter handle and batted for the government using hashtags #IndiaTogether and #IndiaAgainstPropaganda. In no time Twitter was flooded with tweets from Indian celebrities after international celebrities including Rihanna and climate activist Greta Thunberg flagged the farmers’ protest.

Now, the Home Minister has alleged that the celebrities Tweeting about the farmers' protest are doing so under pressure from the Bharatiya Janata Party (BJP).

Anil Deshmukh further questioned how Bollywood actors and other renowned personalities are posting identical tweets, adding that investigation will be conducted in the matter.

"On January 26, the scene changed all of a sudden. There were efforts made to discredit the farmers' agitation. Farmers were holding a peaceful agitation and now things are slowly coming out on how a conspiracy was being hatched to malign them," said Anil Deshmukh in a meeting.

He continued, "Whatever objection you have raised, our intelligence agency will probe."

The minister further added, "There is not even a difference of words. The lines are the same. Even timings are the same. This is a serious matter. Prime Minister Narendra Modi should have spoken to the farmers and have ended the issue."

Meanwhile, several leaders have raised objections about the tweets from Indian celebrities. MNS supremo Raj Thackeray in a recently held conference asserted, “Govt shouldn't have asked big personalities like Sachin Tendulkar & Lata Mangeshkar to tweet in support of its stand & put their reputation at stake. They're recipients of Bharat Ratna. Actors like Akshay Kumar were enough for this task.”