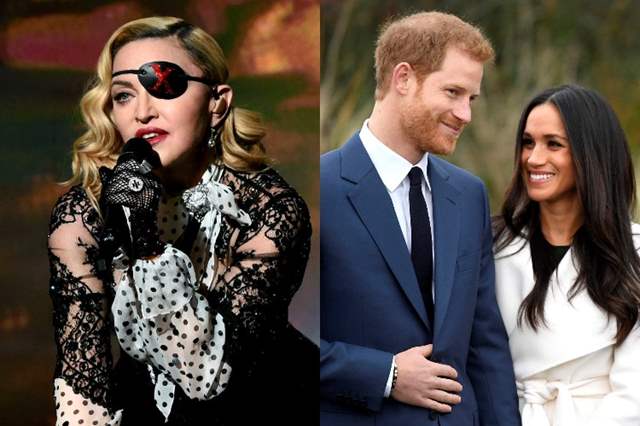 Actress and singer Madonna took to her social media and shared a video of herself talking about the royal couple who stepped back as senior members of the royal family last month. Madonna also wrote on Instagram, “ Do Megan [sic] and Prince Harry want to sublet my apartment on Central Park West??”

She further said that Harry and Meghan who have been staying in Canada with their son Archie shared their plans of splitting their time between North America and the United Kingdom.

The pop star says, “ Don’t move off to Canada. It is boring there”.

Prince Harry and Meghan Markle have yet not disclosed where they will be settling in but the royal couple has been eyeing Canada  as they previously spent their family holiday in British Columbia and then flew back to the North American country following their royal exit announcement.

Meghan Markle Reveals Touching Tribute To Son in Message about ...

Meghan Markle Reflects Her Experience With Racism in Resurfaced 2012 ...

Taylor Swift Thanks Fan, a Nurse Working in NYC During Coronavirus ...

‘It's been a challenging year’ writes Sanjay Dutt’s Daughter ...
an hour ago