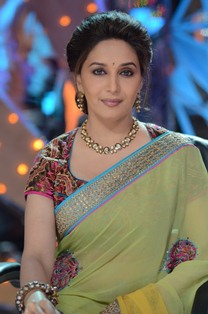 Actress Madhuri Dixit may be a pro at dancing, but when it comes to performance, she believes in rehearsing.

If contestants are slogging to win the title, Madhuri too is pushing the limits for her performance at the finale of the celebrity dance show.

"Been practicing for the Jhalak finale! Pushing the limits hard... hope you like it!" Madhuri tweeted on Tuesday.

Ashish Sharma, Karan Tacker, Mouni Roy and Shakti Mohan will be seen vying for the winners trophy at the finale, which will be aired Saturday on Colors.

Haridas 6 years ago Ashish Sharma you are the best.
Can't wait to see your performance.
Stay blessed,

rudrasa 6 years ago Ashish sharma you are the, God bless you, tc.