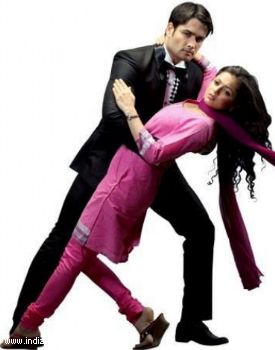 Most Hindi TV shows are shot in Mumbai's Film City, but the makers of "Madhubala...Ek Ishq, Ek Junoon" went a step ahead and shot its 10 initial episodes at Hyderabad's world-famous Ramoji Film City.

"I doubt any Hindi TV show has been shot there before. We wanted to get good visuals and shot the initial 10 episodes of the show there," Saurabh Tewari of Nautanki Films told IANS.

The show, which deals with the emotions, trials and tribulations of people behind-the-scenes, aims to pay a tribute to 100 years of Indian cinema.

A lot of thought went behind the set-up of the show, says Tewari, who wanted to give a real look and feel to the show.

"We were well aware that the medium of the show was television, so we did not want to make it like a hardcore feature film. Our show is very television in its DNA, but in terms of set-up and production, it is very film like. So we went ahead and shot it in Ramoji Film City," he said.

"Madhubala...Ek Ishq, Ek Junoon" features actors Drashti Dhami and Vivian D'Sena in key roles. The show will deal with the ups and lows of an actor, as well as delve into the lives of people who work hard day in and day out without ever being recognised.

"We want to talk of a family of a stunt artist or a junior artist, who are never talked about or written about... of someone who may have come from Punjab thinking he will be the next Dharmendra and might be working as a stuntman now..."

"Bollywood is the only industry which has some kind of national integration with people coming from all over. There are various positive aspects of film industry, and that's what we aim to show," Tewari added.

chavvi.prasad 7 years ago seeing you back on top after so
long. Love u Drashti Dhami :)

crazyfangc 8 years ago Hiii drashti you are very very gorgeous...
i love you...
you are the best...
your show is going great...
i wish you get great success...

bubble_14 8 years ago her looks are NOT AVERAGE or OK
she is rare beauty.

Firdaus21 8 years ago Drashti, you are such a good person, I truly love you!!

nishsweets 8 years ago Drashti, you are doing a good job as madhubala. Love your dancing, you dance like a princess... your are very talented person.. also miss you as geet and also our maaneet.

Abhayangel 8 years ago Madhubala rocks... The show will definately rock as drashti and vivian both have awesomw fan following..

diana92 8 years ago DD you are the heart of MB and this show is awesome. All the ery best for this show.