Mumbai, Aug 29 (IANS) Madhavan is chugging away. From his first Tamil film to his latest project - on the July 2006 Mumbai bombings - several of his on-screen characters have a train connection.

'In my first Tamil film, Alaipayuthey, I was commuting in local trains while wooing my co-star. Recently for Nishikant Kamath's 'Yenavu Oruvan', my character spent all his time travelling by train. Now I'm working on a third film where the local trains play an energetic part.'

Says Madhavan, 'After 'Rang De Basanti', I had to be very careful about what I did in Hindi. No matter what, it had to be something that addressed itself to the nation's conscience. Nishikant's 'Mumbai Meri Jaan' was just what I needed.

'Not that I won't be doing fun films. Sure I will. But 'Mumbai Meri Jaan' hits you where it hurts. It's based on the July 2006 train bombings in Mumbai. Paresh Rawal, K.K. Menon, Irrfan Khan, Soha Ali Khan and I play different people grappling with various issues after the terrible explosions in Mumbai.'

Kamath's film will be the third film within a year to go into the 2006 Mumbai explosions. Neeraj Pandey's 'Wednesday' and Joy Augustine's 'Little Godfather' are the other two forthcoming projects that look at the tragedy from different perceptions.

Smiles Maddy: 'It's good to see Hindi cinema moving towards the headlines. If I come to Mumbai to do a Hindi film I'd like to go into projects that challenge me as an artiste and thinking individual. I've worked with Soha in 'Rang De Basanti'. But never with Paresh, Irrfan and KK.' 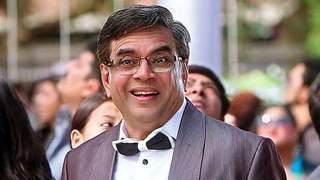 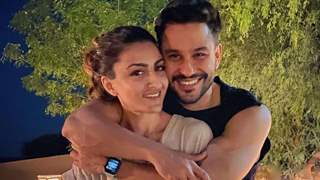