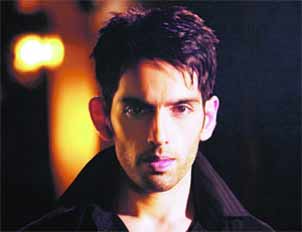 Luv Sinha will stand with his father, actor-politician Shatrughan Sinha, when he campaigns for the the Lok Sabha polls on a Bharatiya Janata Party (BJP) ticket for the Patna Sahib seat. The young actor is excited about getting a "real sense of politics".

Just a day after Shatrughan said in an interview that his daughter, actress Sonakshi Sinha, does not need to campaign for any party, here's news that his son Luv and wife Poonam will be standing by his side through the campaign.

Luv, who made his acting debut in 2010, feels that it is important to be aware of the political scenario in Patna as well as in the country and feels that he can learn a lot from his father.

"As a family we have always been together during times which are important, and this is one such moment for dad. Plus, the politics in Bihar and the country is something I have always been intrigued and interested in, while its also essential to be aware," Luv said in a statement.

"We are really proud of dad, and this was the best way to show it by standing right beside him as he campaigns and take this as an opportunity that teaches me a very real sense of politics from my idol," he added.

In fact, Luv and his mother Poonam were even present when Shatrughan filed his nomination papers in Patna March 21.