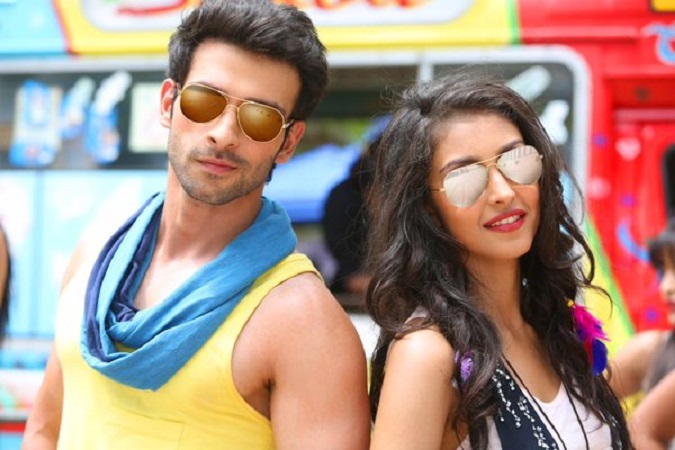 "Loveshuda" has all the cliches of a romance-comedy, but what makes it interesting is its treatment. The romance that stretches a little over four years, commences before a bachelor's party and concludes after a bachelorette party.

Between these two parties is the story of an obedient boy Gaurav (Girish Kumar) who finds the love of his life, Pooja (Navneet Kaur Dhillon) after being betrothed and married to Vandana, who, his older sister, the well known wedding card designer Garima Trehan (Tisca Chopra), selects for him.

Writer-director Vaibhav Misra's story has scenes and themes lifted from various Hollywood and Hindi films. To begin with, the foundation of this rom-com is lifted from the English film "21 and Over", where the friends of the protagonist arrive to celebrate the significant moment of his life. They get him so drunk that it leads to cascading effects.

The first half of the film is intense with the night long odyssey of Gaurav revealed in great detail, as it forms the foundation of the love story. The screenplay is interestingly layered. And, the second half of the film starts off on a disappointing note. It only deteriorates with predictable cliches with every passing moment.

Humour comes in the form of Girish's act of debauchery in his drunken state, his poker-faced reaction and the witty dialogues which are few and far between.

The characters are half-baked and the plot is far-fetched as it relies heavily on destiny.

Girish, as the hassled lover boy Gaurav, torn between his duty towards his family and his heart, is endearing. He emotes sincerely and slips into the chocolate boy role with unquestionable ease and sincerity.

Navneet Dhillon in her maiden film as Pooja is impressive. But her character is poorly etched and shallow. So, when she makes Gaurav aware of her feelings for him with, "udne tu laga hai, gir main rahi hoon (you have started flying, but I am the one who is falling)", you don't feel for her. Together with Girish, their onscreen chemistry is palpable.

Tisca Chopra as Gaurav's sister, along with Sachin Khedekar as Pooja's father have their on-screen moments.

The only strong message and the inciting moment of the film is how Pooja tells Gaurav, "Dil aur chehre ka connection hai. Jo dil kare to chehre pe khushi dikhai deti hai (there is a connection between the heart and the face. Do what your heart desires)". The scene in the park, with many people around captures the essence, beautifully.

The songs on techno beat, with a blend of peppy and melancholic numbers, add flavour to the narration. They are well picturised but the choreography in the racy numbers with the routine steps is staid Hindi film fare.

Cinematographer Bijitesh De's camera work is commendable. He captures the indoor as well as the outdoor shots with equal aplomb.

At the end, "Loveshudda", which begins with a promise, finishes off on a rather flat note. 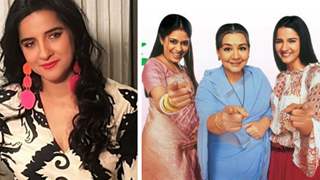 Shruti Seth opens up on how interestingly 'Shararat' happened to her