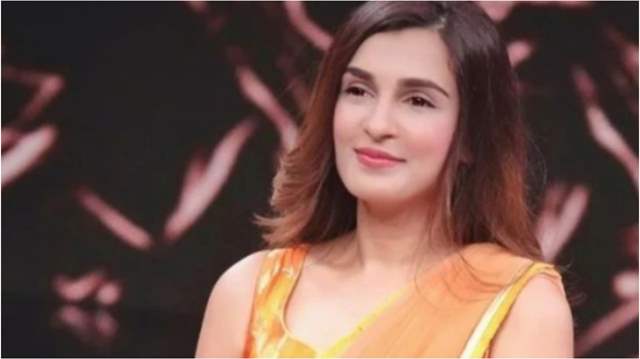 'Ravivaar with Star Parivaar' is gearing up to send their fans and viewers a romantic love letter with a 'Romance special' episode. Get ready for the sweetest yet competitive episode as television's fan-favourite couples are here to take our breath away.

From the trendiest couples to the most ridiculous Jodis, 'Ravivaar with Star Parivaar' brings us a lovely gathering to celebrate love in this episode. We are already in love with their on-screen chemistry as well as off-screen 'masti', thanks to this unique show, and now the fans get to witness a dedicated episode of their beloved couples from Star Plus shows.

In the previous episodes, we have seen Rajendra Chawla, 'Dadu' from 'Banni Chow Home Delivery', try to woo Kruttika Desai, 'Suman Ji' from Pandya Store, and fail numerous times. Just as Shekhar Shukla, 'Mamaji' from 'Anupama', have been after Tassnim Sheikh, 'Rakhi' from 'Anupama'. It will be interesting to see if they finally win them over as there's definitely love in the air.

'Ravivaar with Star Parivaar' has become a second home to all these Star Parivaar families, Shiny Doshi talks about her experience on the show, "I would really like to thank Star Plus for getting this concept of 'Ravivaar with Star Parivaar', where all the 'Parivaars' like Pandya Store, Ghum Hai Kisikey Pyaar Meiin, Imlie, and all the shows come together and we compete with each other. It's a beautiful feeling actually, we wait for the day when we all get together for the shoot of 'Ravivaar with Star Parivaar'. It's a really fun day for us where we play all kinds of games and try to win as many as we can. You will get to see lots of chemistry, lots of love between each of them. I would really want the audience to watch this episode since there are amazing games and tasks in store for them. It is an episode full of love and romance!"

This week's Romance special is where the audience will see all the couples together to celebrate love on the show. Three couples in each team will face off against each other and bring glory to their team. With mesmerising romantic performances by audience's favorite Star Parivaar couples, 'Ravivaar with Star Parivaar' is set to light up the stage.

Viewers are in for a great show, so tune in to 'Ravivaar with Star Parivaar' every Sunday at 8 PM, only on Star Plus!

Ravivaar With Star Parivaar  Star Plus