Dashing diva Kareena Kapoor is yet again geared up to charm the audience with her character.

According to reports, the actress will be seen playing the role of a doctor yet again in her upcoming movie Udta Punjab. Previously we have seen her donning this role in Kambakkht Ishq, KyonKi and in 3 idiots as a medical practitioner. 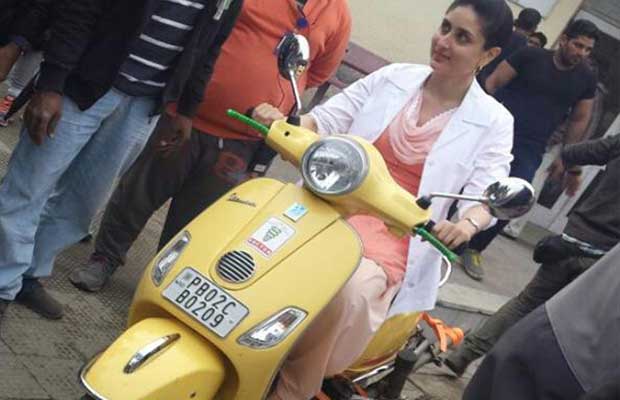 In the picture above, bebo is seen wearing a doctor's apran over a peach colored salwar-kameez along with riding a yellow scooter. Making her hair in a perfect braid; she is looking nothing but sweet as ever. This look is indeed subtle yet promises to be up to the mark.

The movie has created a buzz all over the media due to the presence of two ex-love birds Shahid and Kareena who are the part of the same project. But as per our previous reports, the duo won't be seen opposite each other in the movie even though it was Sasha who had suggested Kareena for the role.