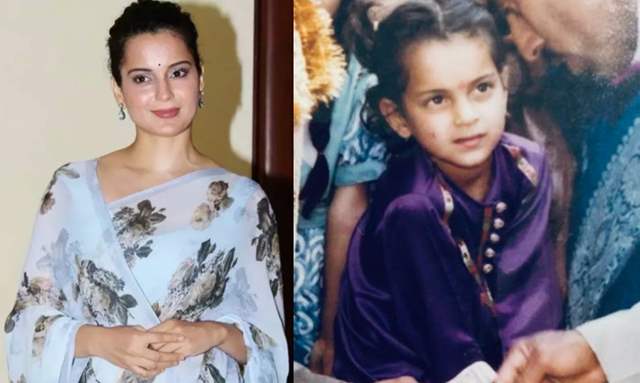 Bollywood actor Kangana Ranaut is quite active on social media, and since a past few weeks, the actress has been sharing the best of her memories through her Twitter handle. While the year has now started with the first festival of the year - Lohri, Kangana appears to be elated to extend wishes to all her fans and followers.

The Panga actress took to her Twitter handle and reminisced about the Lohri celebrations from her childhood in Himachal Pradesh and even shared a few adorable pictures of herself when she was just a young girl.

Sharing the pictures Kangana wrote: “In Himachal, we have a tradition of singing Lohri, when I was small, children made groups and sang Lohri in neighbourhoods and collected money/sweets, children in villages and joint families have much more fun than city kids in nuclear families, anyway #HappyLohri2021”

Meanwhile, on the work front, Kangana recently jetted off to Bhopal to shoot for her upcoming film Dhakkad alongside Arjun Rampal. The film is reported to raise the issue of child trafficking and Kangana is undergoing a physical transformation to prepare for her character.